AN ILLEGAL gathering an Irish ‘shebeen’ bar was uncovered by Gardai working on a tip-off in Kildare on New Year’s Eve.

As many as 15 revellers were found drinking in the premises during the raid.

The raid took place at around 8:30pm with the party in full swing.

According to the authorities the illegal ‘shebeen’ pub – essentially an Irish speakeasy – boasted “all the trappings of a traditional pub” including comfortable furnishings, a pool table, drinks optics and spirit dispensers.

As many as 15 people were caught enjoying the delights of the illegal drinking den.

All of their names were taken during the subsequent raid, while all of the alcohol found on the scene was also seized by the authorities. 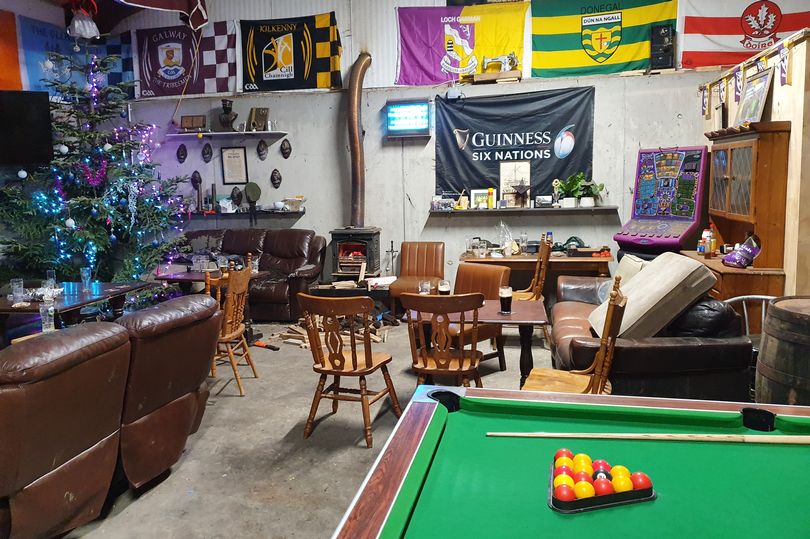 The incident comes despite continued pleas from the Government for the public to avoid any and all social gatherings over New Year’s Eve, with cases of Covid-19 continuing to rise across Ireland.

"Gardaí carried out the search and met with approximately 15 people socialising in a shed at the rear of a house. The shed had all the trappings of a traditional pub.

"Gardaí took details of all persons present within the shed, seized the intoxicating liquor and the drink optics and spirit dispensers.

"Investigations ongoing and a full investigation file will be forwarded to the Director of Public Prosecutions for direction."