EMILY BLUNT feared being tracked by her stalker as she filmed an upcoming film in Ireland, it has been revealed.

The American actress stars alongside Jamie Dornan in the upcoming romantic comedy Wild Mountain Thyme, which was filmed in County Mayo last year.

But the production was marred with fears that a known stalker of Blunts, an Italian native, would travel to Ireland in an attempt to reach her. 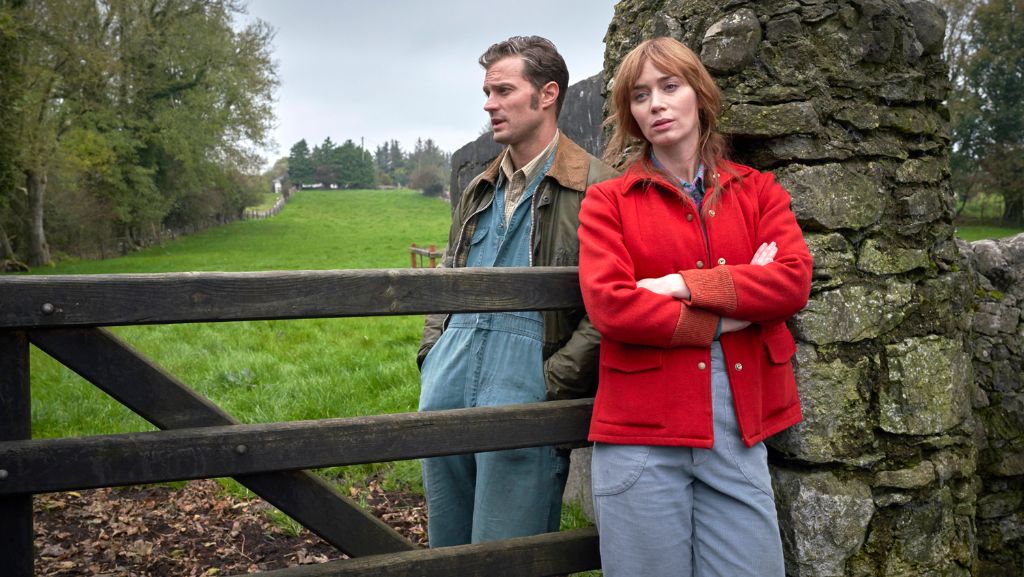 According to The Sunday World, the award-winning actress has been targeted by the obsessed man multiple times in the past, and he is known to have travelled to locations where Blunt was filming.

Gardaí in Ballina were told to be on alert for the stalker, and were provided with a photograph and background information of the individual before filming got underway in Mayo.

An alert was also issued to ports and airports across the country, the outlet reports, with a source telling The Sunday World: "Gardaí made sure every measure was put in place to ensure she and her family were safe.

"Staff members of the hotel were also made aware of the situation in case he tried to check in to the hotel or tried to gain access to the grounds."

Thankfully, it is not believed that the stalker, who is described as being "fixated" with the Golden Globe winner, managed to gain access to her during her 12-week stay in Ireland.

The trailer for the new movie dropped last week, and while it looks guaranteed to be a hit with American audiences, the Irish were less than impressed-- particularly with the accents. You can read more about that here.