JUST weeks after British MPs voted overwhelmingly in favour of enabling same-sex couples to get married, the issue is about to raise its head again - in Ireland.

In what promises to be its most divisive session, the Constitutional Convention will convene next month to discuss whether or not the Irish Government should hold a referendum on amending the Constitution to permit gay marriage.

But the debate in Ireland, which ignited this week following the submission of papers to the Constitutional Convention from major activist organisations, is much unlike the debate that garnered widespread interest from the British public.

Although both countries permit members of the same sex to form a civil partnership, the differences between such a union and marriage differ vastly between Britain and Ireland. In Britain, civil partnership cannot currently be a religious procedure, but civil partners receive largely the same legal treatment as a married couple.

Moninne Griffith is the Director of Marriage Equality and she sees her organisation’s argument for why Ireland needs to legislate for same-sex marriage as having three parts, the first of which is much the same as that which won over a majority of 225 British MPs in February. 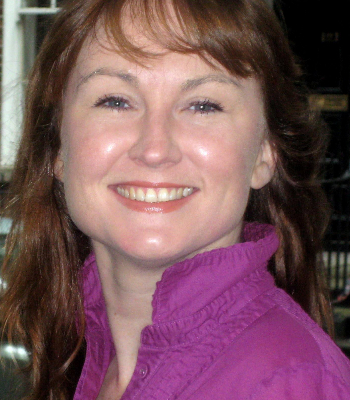 “If you separate out same-sex couples as only able to get civil partnerships and heterosexual couples as only able to get married, then you are reinforcing the stigma that same-sex couples are less equal,” she says. “You are saying that their relationships and families are less deserving of respect and protection and that there is something intrinsically different about the way they love their partners and live their lives.”

Beyond that lies the matter of the Constitution itself. The document does not stipulate that marriage can only occur between a man and a woman, but, given the context of its construction in 1937, it has been interpreted to date as having that intention (as was enshrined in law in 2004 by the Civil Registration Act).

As a result, the Constitution’s recognition of “the family” as being “the natural primary and fundamental unit group of Society” and “a moral institution possessing inalienable and imprescriptible rights”, as well as its invocation of the State “to guard with special care the institution of Marriage, on which the Family is founded” does not extend to same-sex couples or any other kind of family outside of marriage.

“That has implications for how gay families are looked at, but it also has very real consequences for legal protections,” says Griffith. “Where the married family is protected in (Article 41.3.1 of) the Constitution against attack, all other families are not. In practice what that means is all other families outside of those based on marriage can be treated less favourably in legislation.”

It is the third part of Griffith’s argument where things get much more complicated. Although Ireland passed laws in 2010 permitting civil partnerships, Marriage Equality’s Missing Pieces research discovered that it left 160 statutory discrepancies between such unions and marriages, including rights and obligations to do with the family home, finance and, most glaringly, the parent-child relationship.

Although gay people can adopt as individuals in Ireland, same-sex couples are ineligible for adoption, a right that was extended to same-sex couples in Britain in 2005. And even those gay individuals who do have biological children face significant problems, according to Griffith.

“There is a huge legal vacuum here for children growing up in same-sex families and marriage is the key that unlocks most family law rights and obligations,” she says. “For example, if a same-sex couple have a child, one of them is the birth parent and therefore automatically recognised as a legal parent, but there is no legal mechanism for the other parent to become a legal parent or even guardian of that child, even if the couple have registered a civil partnership.”

Griffith adds: “This has major implications in practice for the child in that family. She or he has no rights or protections in relation to this other parent including rights such as access, maintenance, custody, next of kin or inheritance rights.

“But marriage is not just about children. Marriage certificates are not issued in Ireland conditional upon couples having children. Many couples do not have children and it doesn’t make their marriages less valid.”

For everyone at Marriage Equality, changing the Constitution is both a moral necessity and an essential practical step towards “real equality and social inclusion for lesbian, gay, bisexual and transgender people in Ireland”. The organisation is making a simple suggestion to the Constitutional Convention – the addition of a single line reading: “No two people may be lawfully prevented from marrying each other for reason of their gender.”

“Once the Constitution is changed, the amendment of other pieces of legislation will follow,” Griffith says. “In 2007 56% of Irish people supported marriage equality, now 74% of people do. It’s a popular measure and the centre of gravity has shifted to support equality for same-sex couples. Three quarters of the population is a solid majority, a remarkable surge and not just a generational change.”

David Quinn, the Director the Iona Institute, disagrees with almost every part of the “equality argument” for gay marriage, beginning with its name.

“In my mind the term marriage equality is a misnomer,” he says. “There is nothing unequal about treating different situations differently.” His organisation, which promotes the place of marriage and religion in society, made its submission to the Constitutional Convention this week. The starting point of its argument is importantly different to that of the argument based on equality. 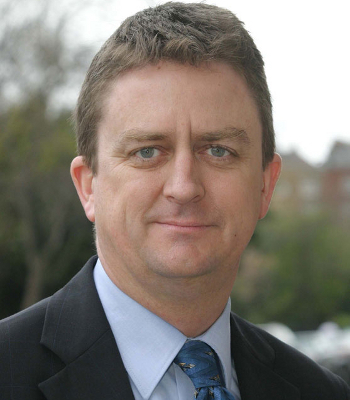 “We argue that the institution of marriage is mainly child-centred, not adult-centred and that the debate about marriage should centre on the interests of children, not adults,” Quinn says. “And because the marriage of a man and a woman is uniquely pro-child, it is not discrimination to give it unique treatment.”

His point is not that one man and one woman will always be better parents than same-sex couples, but that a child’s biological mother and father tend to be the best option and that the State should not shirk away from offering legal and financial incentives to promote that “ideal”.

Importantly, Quinn says, that point is an empirical claim, not a moral one. To support it, Iona’s Constitutional Convention submission cites research produced in 2002 by Child Trends, a US research centre that studies the development of children. It concludes: “Research clearly demonstrates that family structure matters for children, and the family structure that helps the most is a family headed by two biological parents in a low-conflict marriage… There is thus value in promoting strong, stable marriage between biological parents.”

In such a fracture-ridden debate, however, the citation of evidence is disputed on each side and this is no exception. Moninne Griffith debates the validity of Iona Institute’s evidence and claims that “30 years of scientific research” shows that there is no reason to think children are worse off with same-sex parents. She also pointed to Cambridge University research published this week, which found that children are as happy with gay parents as they are with heterosexual parents.

The Child Trends research, Quinn says, must be taken into account by the State and by the members of the Constitutional Convention when addressing the question of gay marriage. “If you start from the child and find out that the ideal is to be raised by your two biological parents, that must receive special status,” he says.

“Otherwise, you are sending out to society the idea that there is no ideal or that the ideal is simply to be raised by loving parents who could be of any sex and have no biological relationship or connection with the child whatsoever.

“And once you say that having loving parents is the ideal, not your own loving mother and father, you are saying that the biological tie has no importance and motherhood and fatherhood have no special value. Once you de-gender marriage, you inevitably de-gender and de-nature parenthood as well.”

If members of the Constitutional Convention agree that the debate about marriage ought to be child-centred and that married biological parents are generally best for children, Quinn says they cannot recommend amending the Constitution to allow for gay marriage.

Despite that, he does acknowledge that something must be done to fix the loopholes that keep children legally severed from their main carer in the case that that carer is the civil partner of one of their biological parents.

“All of that can be done without redefining marriage though,” he says. “We could look at guardianship laws and give parental figures, including grandparents, the right to apply for guardianship status, which would create a legal relationship between a child and their non-biological parent that could include inheritance rights and so on.”

Such laws, he said, could co-exist with a Constitution that protects the “special status” of marriage as presently defined. Quinn added: “I hope everyone who believes in the special and unique character of motherhood and fatherhood will write to the Convention asking that marriage not be redefined.”

What do you think? Should the Irish Constitution allow for gay marriage? The Constitutional Convention’s Chairman Tom Arnold has explicitly asked for submissions of any length from the Diaspora.

To have your voice heard, visit www.constitution.ie/submissions and click ‘Make a Submission’ or write to Constitutional Convention, 16 Parnell Square East, Dublin 1.