A CATHEDRAL in Germany has dug out the relics of the little-known patron saint of resisting epidemics to aid in the fight against Covid-19 - and ironically enough, her name is Saint Corona.

Aachen Cathedral, which sits near the German border with Belgium, has removed the relics from their treasure chamber and is due to set up an elaborate shrine to go on display once the coronavirus pandemic has passed.

"We have brought the shrine out a bit earlier than planned and now we expect more interest due to the virus," said Aachen Cathedral spokeswoman Daniela Loevenich. 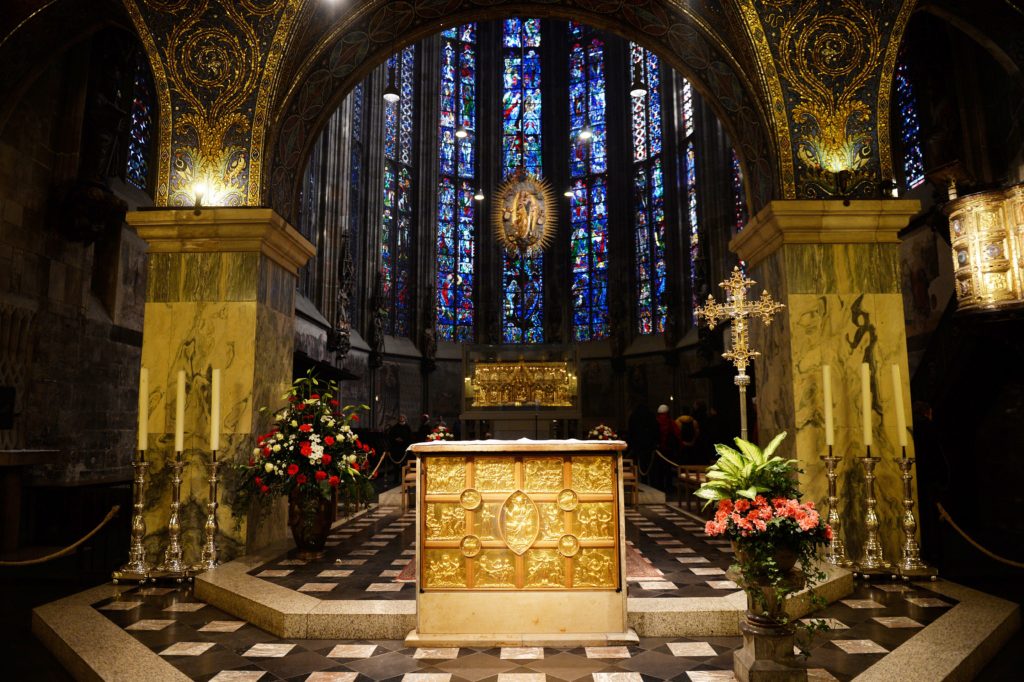 Thus far, nearly half-a-million people have been infected with the virus around the world, sparking public interest in the lesser-known St Corona.

Patron saints are regarded as the heavenly advocate of a particular nation, place, craft, activity, class, clan, family or person.

Symbols and images of them are believed to bring good luck, particularly when used in the relevant context.

The cathedral had initially planned to display Saint Corona’s shrine this summer as part of an exhibition on gold craftsmanship, but the coronavirus outbreak - and subsequent restriction on social gatherings and movement - put paid to the idea.

Saint Corona was a Christian martyr who was killed by the Romans in what is now modern-day Syria, 1,800 years ago during the reign of Marcus Aurelius.

She was thought to have only been 16-years-old when she was killed, after she publicly professed her Christian faith.

According to legend, she suffered a particularly gruesome death, being tethered to two bent palm trees before being ripped apart as the trunks were released. 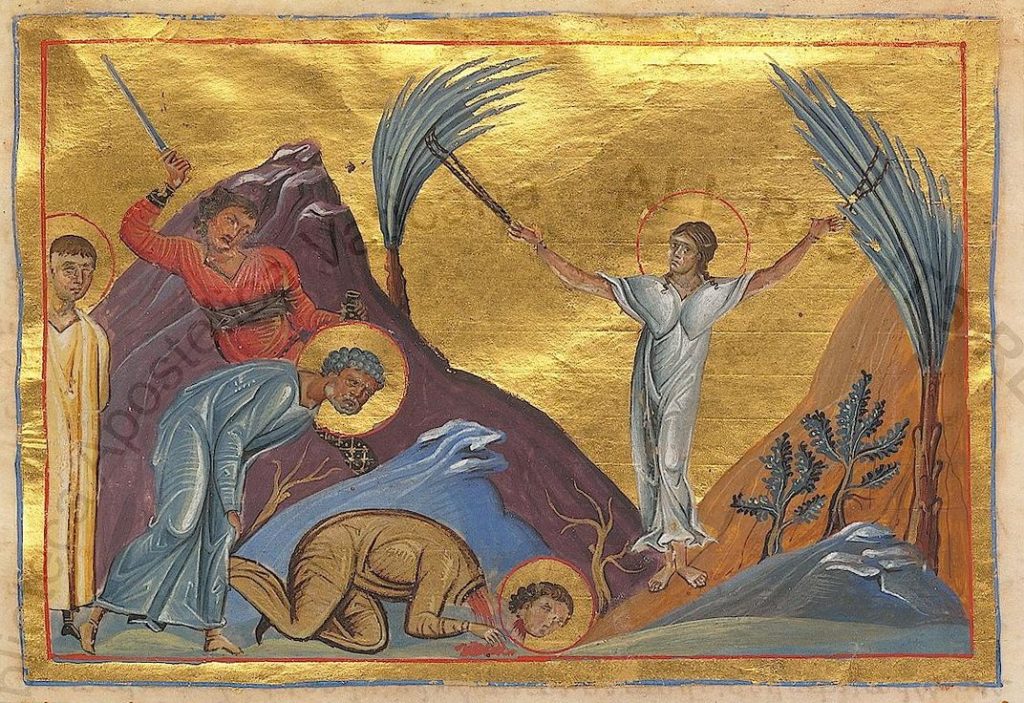 Saint Corona reportedly suffered a quite brutal death, being torn apart by two bent palm trees as their trunks were released - as pictured here

Corona's relics, brought to Aachen by King Otto III in 997, were kept in a tomb underneath a slab in the cathedral - which can still be seen - until 1911-12 when they were placed in the shrine.

Aachen Cathedral, which was built by Emperor Charlemagne in the ninth century, is one of Europe's oldest. Charlemagne was buried there in 814 and it was used for the coronation of German kings and queens.

In Latin, the name Corona means 'crown', and while the irony of the patron saint of resisting epidemic sharing the same name as the deadly virus sweeping its way across the world is stark, there's method to the madness.

The coronavirus is so-called because, under a microscope, it looks like a globe with little globules, resembling a crown.

We've all heard of fighting fire with fire. I guess it's now time to fight corona with Corona.