A FOOTBALL lost on the beach in Waterford has been found-- at the other side of the Irish Sea.

In an incredible example of the power of social media-- and how small the world is, really-- a woman in the west of Wales took to Facebook to share an image of a football she had found washed up on the beach.

Aline Denton, who lives near Ceredigion in Wales, found the ball on Llanrhystud beach, and made an educated guess that it had arrived from Ireland-- both due to Gaelic football being one of Ireland's national sports, and the name written on the side: Aoife Ní Niocaill. 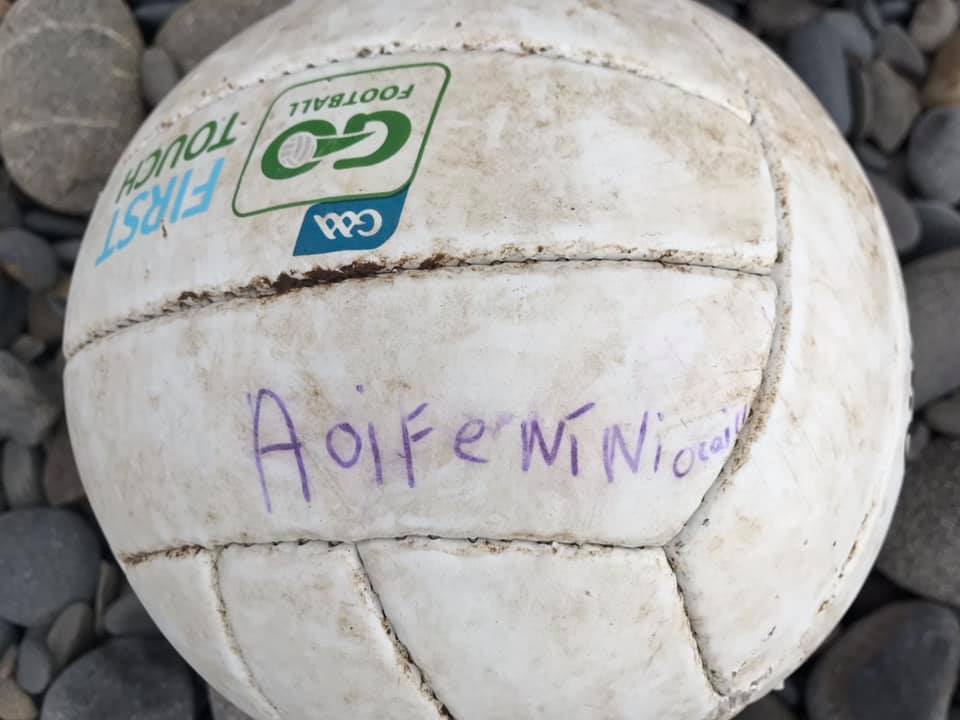 "If anyone knows Aoife Ni Niocaill, her football’s just washed up on Llanrhystud beach,West Wales!" Aline wrote on a public post.

"Wonder how long it’s taken to get here from Ireland?"

It didn't take long to find out-- as less than six hours after Aline first posted, and with thousands of people across Ireland sharing the image of the lost Gaelic football, the post reached Aoife Ní Niocaill's father.

"She's 10 years old and she lost her ball on Woodstown Beach in County Waterford last Sunday. It went in the water as the tide was going out and all we could so was watch it drift away!

"I showed her the picture you posted-- she [thinks] she's famous now!

"Thanks so much for posting it."

Aline then updated the post to share the good news that the ball's owner had been found, and thanked everyone who had shared the image.

It might be a while before the Niocaill's can fly to Wales to retrieve Aoife's ball due to travel restrictions... but they could always build a raft and float the 300-kilometre trip.