Ireland players celebrate at the final whistle after the victory over Australia (Image:Ramsey Cardy/Sportsfile via Getty Images)

COACH Andy Farrell praised the resilience of his side but admitted they are always striving for improvement after a scrappy win over Australia at the Aviva Stadium on Saturday.

Ireland won 13-10 thanks to a late penalty from substitute Ross Byrne in a laboured performance from the world's top-ranked side.

However, it was enough to secure a third consecutive win against Australia as well as a third win in a row in Dublin against the Wallabies. 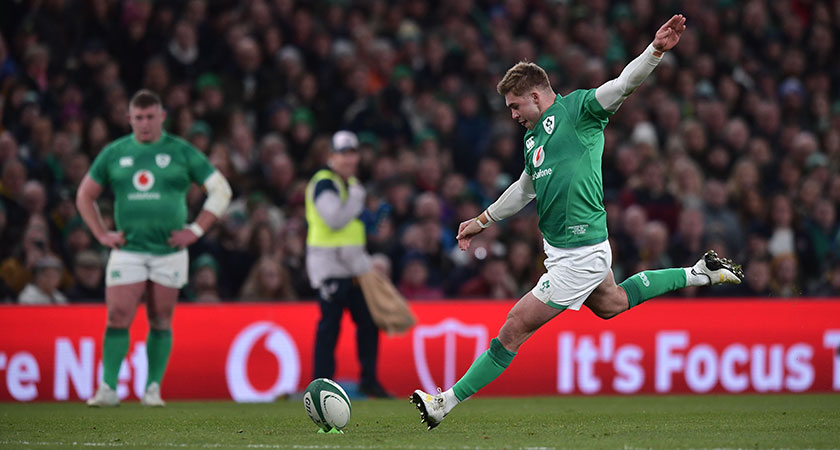 "I thought Australia made it an absolute dog fight and fair play to them," said Farrell.

"I thought they were courageous in how they went about their game.

"It was abrasive, to say the least, certainly at the breakdown.

"They had the courage to shift the ball, like we knew that they would, and they were dangerous with their outside backs.

"But for us to back up a few ill-disciplined bits and a few errors technically and tactically and still find a way is a hallmark of a good side.

"That's what all good sides do, you always find a way in the heat of the battle and we are delighted in that regard with the win."

Ireland took the lead through a Jack Crowley penalty after nine minutes, the Munster fly-half making his first start for his country after an injury to Johnny Sexton in the warm-up.

However, it would prove the only score before the break in a half riddled with injuries and indiscipline.

Hunter Paisami limped off after just three minutes while a Nic White try was ruled out after a neck roll from David Porecki on Josh van der Flier.

Porecki was also forced off after 23 minutes with a head injury, while his replacement, Folau Fainga'a, was sinbinned after 37 minutes, also for a neck roll on van der Flier. 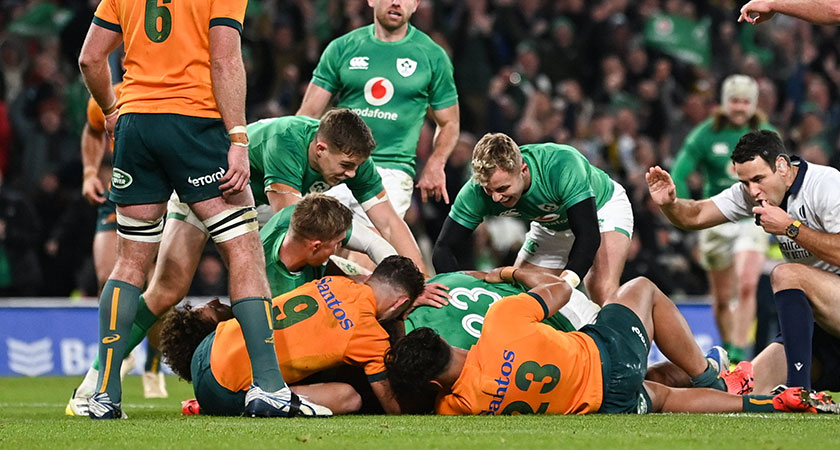 With Australia briefly down to 13 men after the break, Jamison Gibson-Park saw his try on 47 minutes ruled out with Mack Hansen's foot in touch as he offloaded back for the Leinster scrum-half.

Back to their full complement, Australia levelled through a Bernard Foley penalty on 55 minutes.

Ireland finally extended their lead with 10 minutes to go through a Bundee Aki try after good work from Caelan Doris and Craig Casey.

Byrne, who was only on the bench as a result of Sexton's injury, then entered the fray in place of Crowley and held his nerve to slot home a 77th-minute penalty from near the right touchline.

Farrell praised Byrne for keeping his composure but added that there is work to be done ahead of the 2023 Six Nations.

"It was a tough enough kick when the penalty came but there was no doubt ever in Ross' mind that he was ever gonna do anything but go for the three points," said Farrell.

"Fair play to him, he's waited for that chance and he's delivered it and that got us over the line." 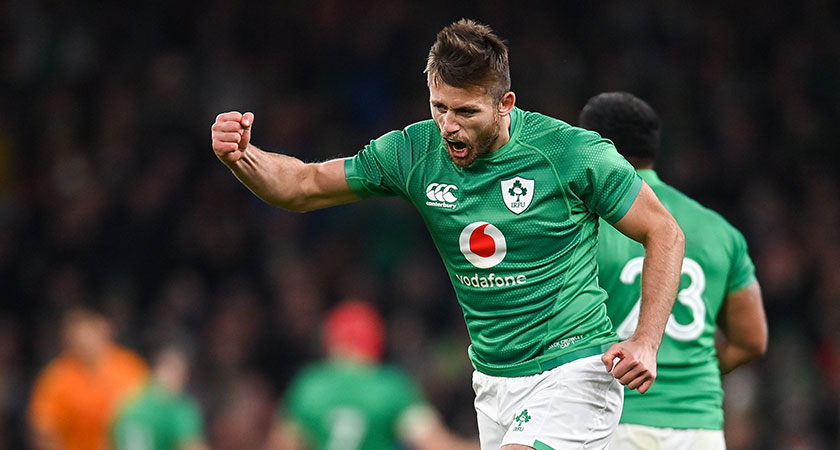 He added: "We've a lot to do which is great and that's the reality.

"We have certain aspects of our game, as always, that we'd love to get better

"We can analyse that game until the cows come home and get better but we've got to keep pushing forward with all aspects of our game.

"We've got to be more innovative as coaching staff, so we expect when we come in for the Six Nations to improve our game and keep pushing on forward."