THE CHANGE in work culture following the coronavirus crisis is beginning to be felt as tech giant Google has abandoned plans to lease a massive office in Dublin.

The workspace has the capacity to hold 2,000 members of staff and is based in Dublin's Docklands area, and Google had entered talks in October 2019 to rent the state-of-the-art office in the south quays.

Now however, with the future of the coronavirus crisis still unclear, and with many companies telling their staff to work from home for up to another year, Google has confirmed that the plan has been shelved.

Google, whose European headquarters is in Dublin, is among the companies worldwide who have told their employees to continue to work from home, having extended its work-from-home policy until at least summer of 2021.

A spokesperson confirmed to RTÉ News that the plan to rent the 202,000 square feet office space has been shelved for now. 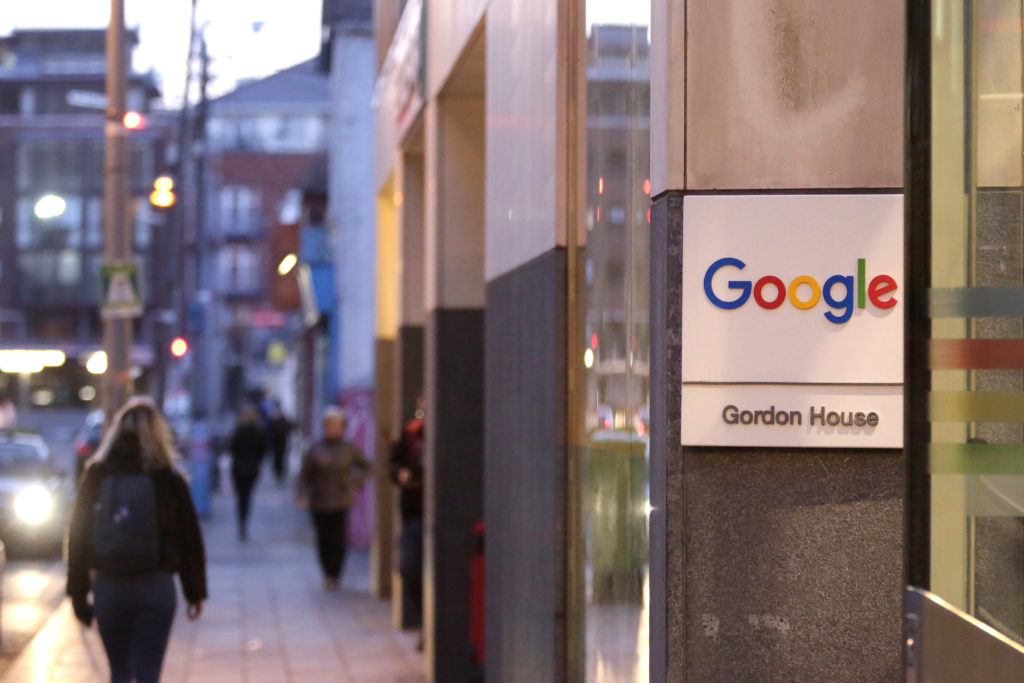 The Google Headquarters in Dublin

The news comes as the Irish economy officially enters recession, with the country recording its largest-ever drop in GDP-- shrinking 6.1% between April and June.

The coronavirus crisis, which led to the closure of most businesses and forced people to remain in their homes for spring and early summer, led to an economic decline for two consecutive quarters, leading the country to officially be in recession.

However, Ireland has not seen a GDP decline as severe as some other advanced economies, which Finance Minister Paschal Donohoe says is due to the "resilience" of Irish exports.

"Despite the severity of the national lockdown, a large portion of manufacturers continued to trade and this is reflected in our export numbers," Minister Donohoe said.

"However many of our jobs-rich domestic sectors were temporarily closed giving rise to the large contraction in domestic demand seen today."

Minister Donohoe went on to assure the public that the economy has already begun to recover, with retail sales in July already 5% higher than pre-pandemic levels as people returned to the shops, and the number of people on the pandemic unemployment payment falling by 60% since the peak of the pandemic.

That number is set to fall further as an estimated 3,500 'wet pubs' which have been closed since March are expected to get the green light to reopen this month-- you can read more here.