A RECENT gorse fire has uncovered a sign from World War II reading ‘Éire’, intended to be seen by fighter pilots.

The sign, one of around 83 created during the Second World War, was exposed for the first time in decades after a fire at Bray Head in Co. Wicklow.

The historic find was snapped by a Garda Air Support Unit, who shared the images on Twitter via the Irish Air Corps.

The signs were created to remind pilots of Ireland’s neutrality during the war and to prevent German pilots from confusing Ireland with Great Britain or Northern Ireland.

The structures were created around Ireland’s coast at the country's lookout posts, from which soldiers of the Irish Defence Force’s Coast Watching Service kept an eye out for military activity.

Later, each sign was given an identifying number to let pilots know where they were and to help them navigate. 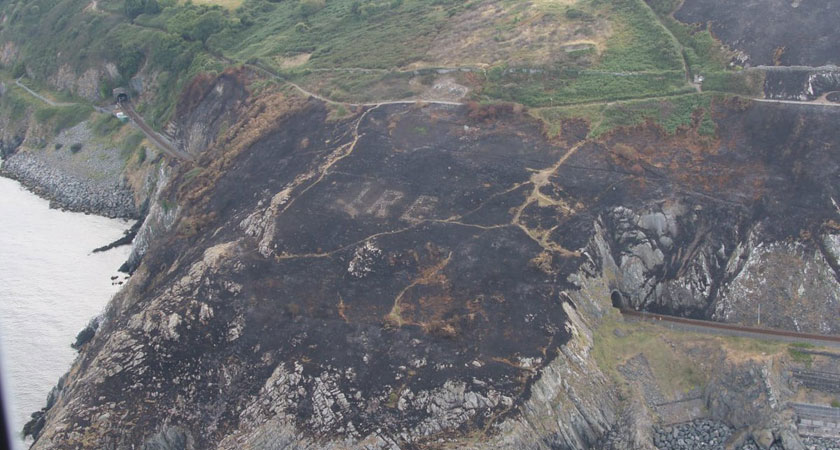 According to coastmonkey.ie, the signs were 12m by 6m and were built with up to 150 tons of whitewashed stones.

Coast-watchers worked around the clock at the posts in groups of two, on shifts of up to 12 hours.

One man remained inside the post operating the phone while the other patrolled outside, with signs of any activity logged and transmitted to Defence Forces headquarters in Dublin.

The sign at Bray Head is believed to be number 8, with the figure visible to the bottom right of the main structure. 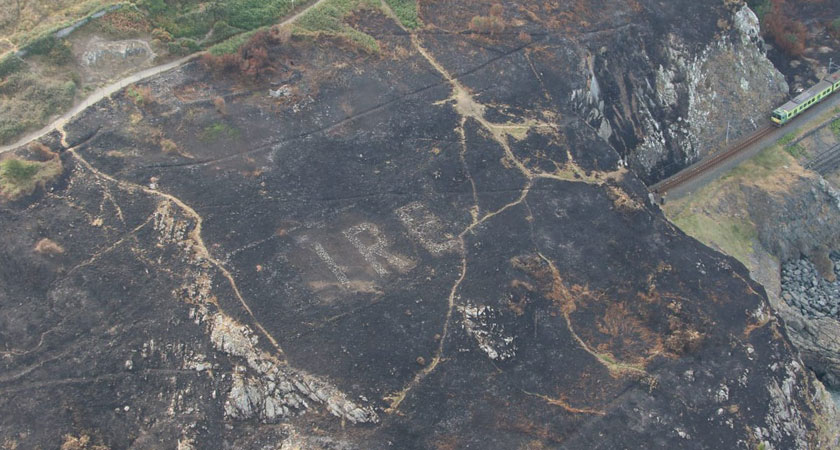