GRAHAM NORTON has been left heartbroken following the death of his beloved terrier Madge.

The TV host revealed that the pooch, who had been at his side for nearly a decade, had passed away some months ago.

Norton adopted Madge from a rescue charity in 2012, and believes that his beloved pet was at least 16 years old when she died.

Ahead of the launch of his new season of his chat show series The Graham Norton Show, the 57-year-old, who described Madge and his labradoodle Bailey as his "significant others" opened up about his secret heartbreak. 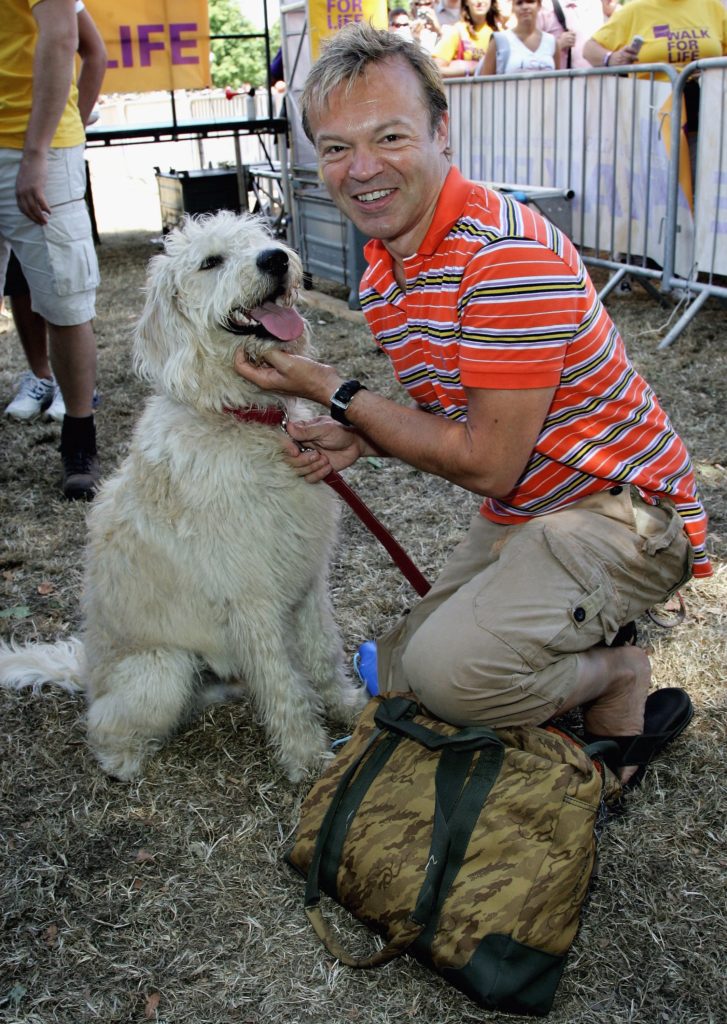 LONDON - JULY 30: TV star Graham Norton and his dog pose for a photo after he cut the ribbon to start 'Walk for Life' Europe?s largest HIV and AIDS fund raising walk in Hyde Park on July 30, 2006 in London.

"I have her ashes. When my father died, his ashes were just in a plastic thing with a screw top, but Madge is in a lovely mini-coffin with a brass plaque on the top saying, ‘Madge'," the Cork native told the Irish Mirror.

"My dad's ashes were scattered - isn't that the point of them? I like scattering ashes, but I think Madge's ashes may end up interred because I can’t prise the lid off. It’s a sealed coffin, so I think I'll have to dig a hole."

He added: "She left us at Christmas. It wasn't sudden but it wasn’t a terrible long lingering thing. It was about a week from start to finish. We held a wake for Madge. It was really upsetting."

The inaugural episode of the new series will see celebrities including Hollywood star Rupert Everett and comedian Sara Pascoe joining Norton in studio.