the 2015 Crabbie's Grand National at Aintree Racecourse on April 11, 2015 in Liverpool, England.

THE diamond in the crown of the three-day Aintree festival is none other than the Grand National, where 40 horses compete for one of the richest prizes in the world of sport, and the final list of runners has now been confirmed.

Obstacles such as Becher’s Brook, Valentine's, The Canal Turn and The Chair have all become notorious with the general public who watch the four-and-a-half-mile event unfold over a period of around ten minutes.

It is the race that stops commands attention right the way across the Britain and Ireland, and amateur and professional punters alike will all be vying to predict the winner of this stamina-sapping feature.

As ever, it looks wide open. Many Clouds emerged as the victor last season when he saw off the likes of Saint Are, Alvarado and Shutthefrontdoor to name but a few. He gave weight away to all bar one rival and he looks sure to make another bold bid this time around.

He has had an ideal preparation coming into this and he has held his form well throughout the winter months. Solid efforts at Aintree and Cheltenham primed him for an excellent win at Kelso last time and he deserves his place at the head of the market.

Latest odds on the #GrandNational from leading bookmakers, with Many Clouds the 8/1 fav: https://t.co/LCM40vEt4J pic.twitter.com/O0TA7rOC1G

He slammed the likes of Unioniste and Carrigdhoun by a wide margin and with Aintree tactician extraordinaire Leighton Aspell yet again in the frame, Oliver Sherwood could well be the first trainer to land back-to-back Nationals since Ginger McCain back in 1974.

The evergreen Silviniaco Conti has long been targeted at this race. He loves it around this track and has helped himself to two Betfred Bowls in consecutive years here. He showed his well-being with a facile success at Ascot in February and Paul Nicholls rates him far more highly than Neptune Collonges, who won this race for the stable back in 2012.

This will be his first attempt at the National fences, but they are not as fearsome as they once were in the past and he may well have too much class for this field. He is a slick jumper of his fences and he may well benefit from the weight that he is set to receive from Many Clouds. He has to rate as a massive danger if taking to these unique fences.

Saint Are would appreciate the ground to stay dry as he enjoys a sound surface. He warmed up for this with a fluid success at Doncaster back in February and now that he receives an extra couple of pounds from Many Clouds, it wouldn't be the biggest of shocks if he were to reverse the form.

He is still relatively lightly raced for a ten-year-old and his prior experience of the track will stand him in good stead. If he were housed with Nicky Henderson or Willie Mullins, he would be a far shorter price than the double figure odds and he commands respect. 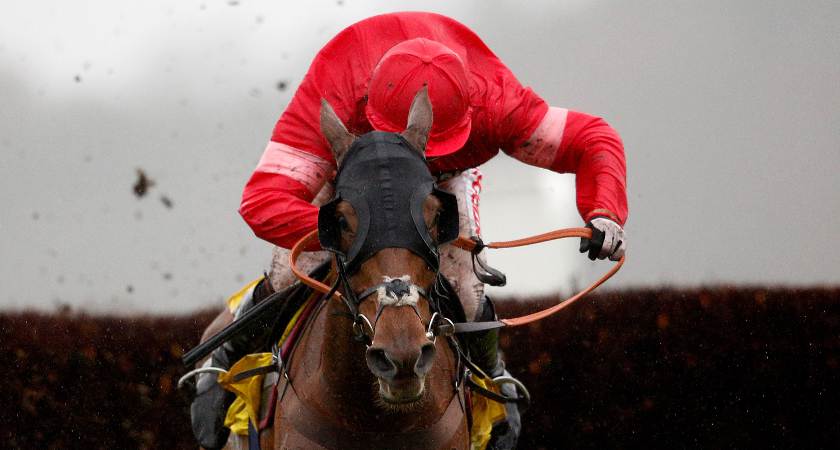 Irish runners have had little success in this race in recent years, in fact the last Irish winner was Silver Birch for Gordon Elliott back in 2007.

There were plenty of JP McManus owned horses winning at Fairyhouse the other week and Shutthefrontdoor is prominent in the betting. He gave AP McCoy his final ride in the National when placed fifth. His form has not been as good this year and he actually pulled up in a race at Newbury a few weeks ago. That was far from ideal but Jonjo O’Neill is a master at getting them right again, but he may have to settle for minor honours yet again.

There have been plenty of big priced winners of this race over the years and at this stage previous winning trainers such as Venetia Williams, Dr Richard Newland and Willie Mullins still have plenty entered at massive odds.

Those trainers also have loyal supporters and no matter what the price the winner, someone will always have backed it on that basis. The hurly burly nature of this event means that there will be thrills and spills aplenty but all being well they all come home safe and sound. There will be a story behind every runner and rider and it is now just a matter of seeing how it all plays out on Saturday, April 9, at 5.15pm.

1. Silviniaco Conti
2. Many Clouds
3. Saint Are