HE'S already shown his adroitness with the ball in his hand, so could soccer legend Diego Maradona be about to switch codes?

The Irish contingent presented Maradona with a number 10 jersey at the meeting, which took place during one of Fujairah’s training sessions. 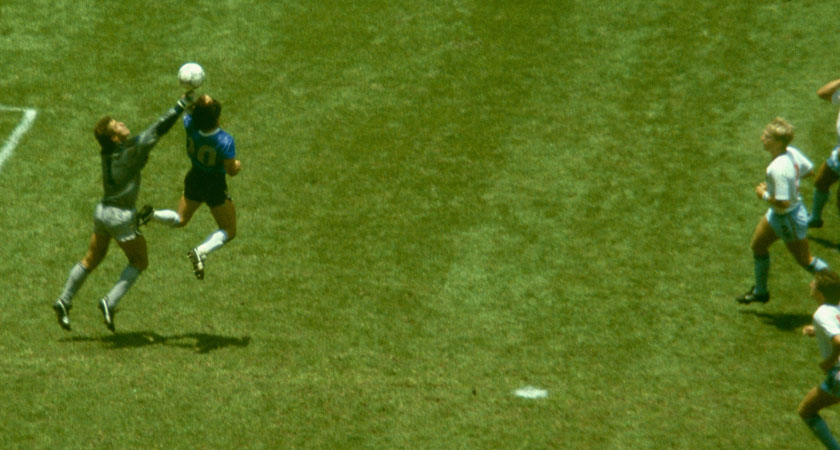 Maradona is famous for his 'Hand of God' goal against England at the 1986 World Cup in Mexico (Image: Getty)

The diminutive player could surely do a job in the half-forward line, given his hand-eye coordination as displayed against England at the 1986 World Cup in Mexico.

The Éire Óg club, formed eight months ago, field two men’s teams and a ladies’ team in regional blitzes in the Middle East. 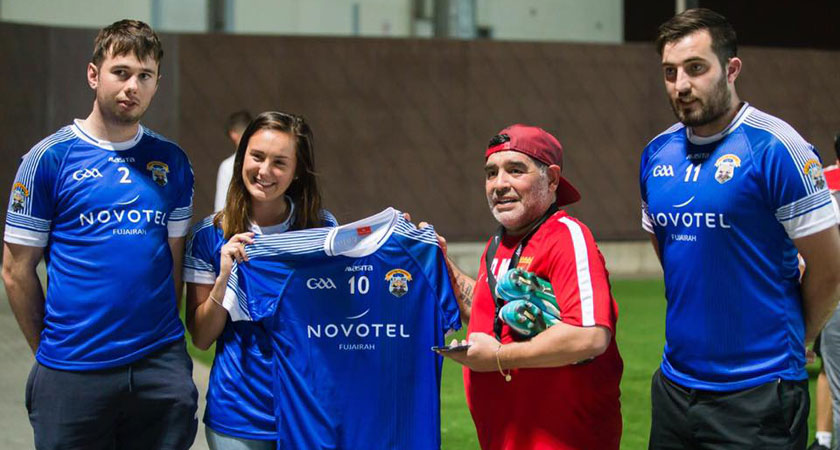