AN IRISHMAN whose wife was among 38 people killed in a terror attack in Tunisia two years ago has told of his desperation before finding her body.

Declan and Lorna Carty from Co. Meath were on the final day of their beachfront holiday on June 26, 2015 when an Islamic State gunman opened fire outside the Imperial Marhaba hotel in Sousse.

Mrs Carty was walking along the beach when Seifeddine Rezgui, 23, began an indiscriminate rampage which also claimed the lives of 38 tourists including two other Irish people.

Speaking to the new RTÉ documentary series The Thin Green Line, Mr Carty revealed how he found a friend for life in Irish Ambassador David Cooney in the aftermath of his loss.

Recalling the morning of the attack, Mr Carty said he was woken from his hotel bed by the terrifying sound of gunfire.

He recalled how he was woken from his hotel bed by gunfire beyond his window on the morning of the attack.

He added: “I wasn’t sure what it was, whether it was firecrackers or a machine gun. We were in a war zone, it wasn’t a holiday resort any more.

“I tried to ring Lorna and there was no answer. I just put my head down and decided I’m going to keep walking down to the beach.”

Mr Carty, who was on holiday recovering from a heart attack, soon came across his wife’s body lying on the beach. 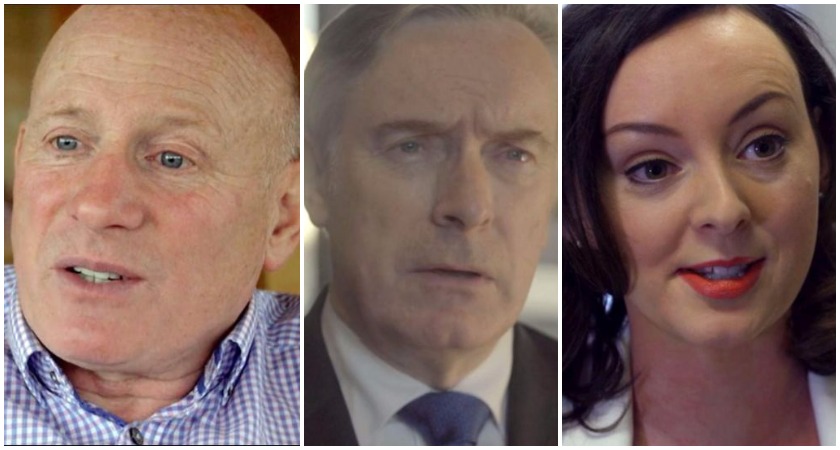 He said: “I was in a foreign country and I was there on my own. I needed help.

“I knew I had to make a few phone calls. They were the hardest calls I ever made in my life. Shortly after the ambassador arrived it just eased the burden.”

Mr Carty explained how Ireland’s ambassador, David Cooney and Caoimhe Ní Chonchúir, head of consular affairs in Tunisia, helped him in the chaotic days which ensued.

“We were in each other’s pocket for four or five days and got to know each other pretty well,” he said.

“I think I have two lifelong friends in those people.”

Ms Ní Chonchúir said that the Irish embassy immediately focused on establishing if there were any Irish casualties after they learned of the attack.

“Sadly, it became clear quite early on there had been,” she said.

Larry Hayes, 56, and his wife, Martina, 55, from Athlone, Co Westmeath, had also been killed.

“While we didn’t have official confirmation from the Tunisians, Declan himself had seen his wife on the beach and we knew unfortunately she had died.” 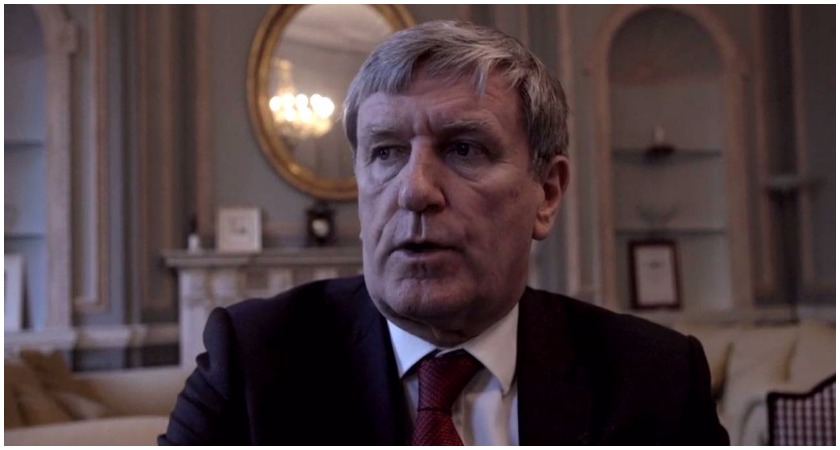 The series also features former Irish ambassador to Britain, Dan Mulhall, as he comes to terms with the Brexit vote (Picture: RTÉ)

Mr Cooney said: “He (Declan) is just an Irish man abroad in that situation.

“He is bereaved, he is traumatised but then you get someone coming through the door who can talk to the local authorities with authority on behalf of the Irish government.”

Mr Cooney explained how his office worked tirelessly with Mr Carty to get his wife home as quickly as possible.

“Frankly, for me, it was a privilege for me to get to know Declan Carty. I’m only sorry I didn’t get to meet Mrs Carty.”

The Thin Green Line, which shines a light on the crucial work Irish ambassadors put in behind closed doors, also shows Irish diplomats attending a memorial service for the three Irish victims of the massacre.

In 2015, the Department of Foreign Affairs’ diplomats helped 1,575 people in distress and more than 800 people caught up in emergency situations worldwide.

The documentary reveals how a friendship was forced between Mr Carty and the diplomats who helped him through one of the worst weeks of his life.

Another episode of the series will feature the efforts of Dan Mulhall, Ireland’s former ambassador to Britain, as he deals with the aftermath of the Brexit vote.

The Thin Green Line airs on RTÉ One this Thursday at 7pm.