A NURSE has been praised after she came to the aid of a Dublin Bus driver who suffered a heart attack while behind the wheel on Monday morning.

Aoife McGivney was travelling to work at the Mater Hospital on the number 16 Dublin Bus at 8am when its driver went into cardiac arrest at a junction on Westmoreland Street.

The quick-thinking medical professional sprang into action when she realised the bus had gone through a red light and was rolling down onto the O'Connell Bridge.

Passengers began to panic and screamed when the bus struck a cyclist, who suffered only minor injuries.

It was then that Ms McGivney got up and went to the front of the bus where she discovered that the driver was unconscious. 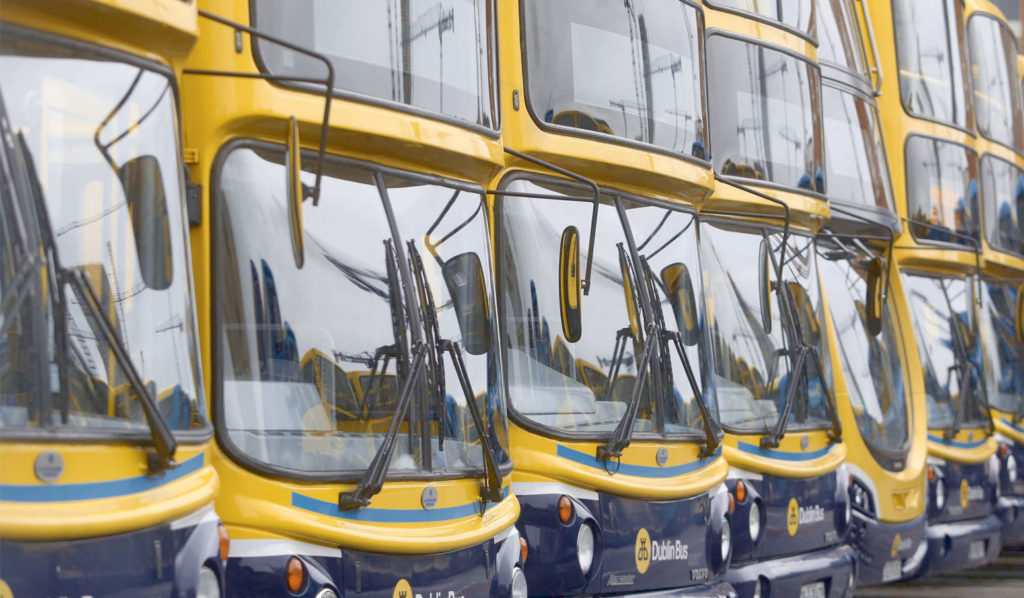 The incident occurred on the number 16 Dublin Bus during rush-hour on Monday morning (Image: RollingNews.ie)

She managed to open his cabin and lift his foot from the accelerator to stop the bus. Meanwhile, a man outside the vehicle pulled the emergency lever to open its doors.

Speaking on Newstalk's The Hard Shoulder show, Ms McGivney said: "The driver was breathing at the time. I was checking his pulse, but I could tell he wasn't conscious and he was pre-arrest so we were looking for signs that he was at risk of having a full cardiac arrest.

"We needed to get him onto flat ground or his heart was going to stop.

"We got him outside the bus and into the recovery position but then I found he had stopped breathing and gone into cardiac arrest.

"I started CPR and asked people to call an ambulance".

#ROSC achieved following an incident on a bus on O'Connell Bridge this morning. A nurse (passenger) recognised that the bus driver was in Cardiac Arrest and started CPR. #fireEMS crews and Advanced Paramedics from HQ attended. The driver is recovering well. #Ambulance120 pic.twitter.com/SuAiUGcgg5

Ms McGivney said she administered a number of cycles of CPR to the man before swapping positions with a Garda who was on scene and a passer-by who knew first-aid.

An ambulance arrived within 10 minutes and transported the man – who was by then conscious again and responsive – to the Mater Hospital.

"I know this doesn't happen often but those few minutes of time you get are so important," added Ms McGivney, who works in the hospital's ear, nose and throat department.

"I'm so lucky I had my training behind me and knew what to do. The real heroes are the nurses and firefighters who have to do this every day."

The northbound lane of the O'Connell Bridge was briefly closed while the bus driver was treated yesterday morning.

He remains in hospital where he is "recovering well", according to the Dublin Fire Brigade.