CHRISTIAN ERIKSEN has provided fans with a positive update on his condition after being discharged from hospital in Copenhagen.

The 29-year-old suffered a cardiac arrest on the pitch during Denmark’s Euro 2020 clash with Finland a week ago.

He was revived within minutes by medics using life-saving CPR and defibrillation.

Eriksen spent six days under close supervision in hospital and has had a heart-starter device fitted on the recommendation of cardiac specialists.

The Inter Milan midfielder visited his Denmark teammates on Friday and will returned home to spend time with his family.

"Thank you for the massive number of greetings - it has been incredible to see and feel," Eriksen said.

"The operation went well, and I am doing well under the circumstances. It was really great to see the guys again after the fantastic game they played last night.

"No need to say that I will be cheering on them on Monday against Russia."

The Danish FA also issued a statement following his discharge from hospital.

It read: "Christian Eriksen has been through a successful operation and was today discharged from Rigshospitalet.

"Today he also visited the national team in Helsingor - and from there he will go home and spend time with his family." 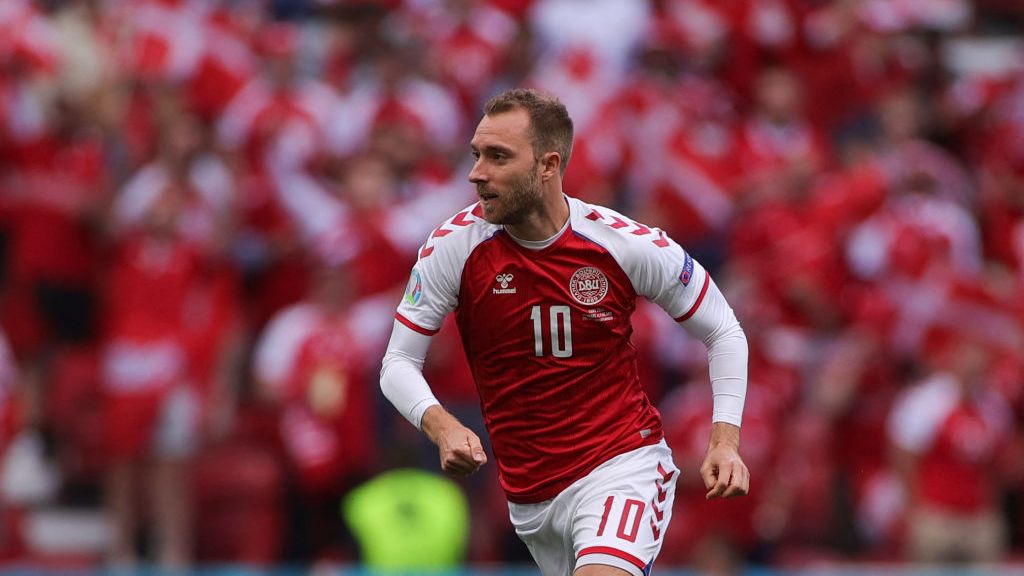 Despite losing their first two games, Denmark still have a chance at making the last-16 at Euro 2020 provided they defeat Russia in their final game.

After defeat to Finland in their first game, the Danes suffered a second loss to one of the tournament favourites, Belgium.

The game did feature a touching tribute to Eriksen with play halted on the 10 minute mark in a show of respect for the midfielder, who wears no.10 for Denmark.

However, not everyone agreed with the sentiment behind the gesture.

RTE co-commentator Ronnie Whelan drew criticism online after questioning the decision to stop the game as a mark of respect for the ex-Tottenham star.