Homeless men set on fire while sleeping under a bridge

TWO homeless men were set on fire while they slept underneath a bridge in Argentina.

Horrific footage shows a man approaching two rough sleepers and pouring a flammable liquid onto them before setting them on fire.

One of the homeless men can be seen jumping to his feet and scrambling to try and put the flames out, which at that point had engulfed his clothes. 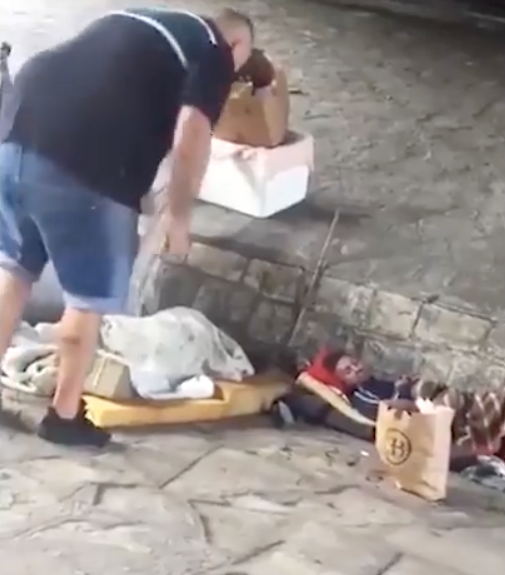 The perpetrators - who sickeningly filmed the incident - then drove away in a car and fled the scene.

Pictures of the atrocious act shows the homeless men lying next to a road on mattresses moments before one of the attackers gets out of a nearby car while the driver films the assault. 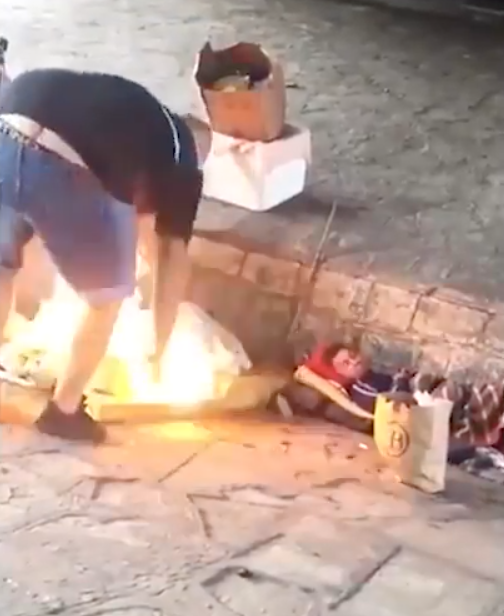 The attackers then lights the sleeping men on fire

The attack allegedly took place in the neighbourhood of Mataderos, on the outskirts of Buenos Aires - the Argentine capital. 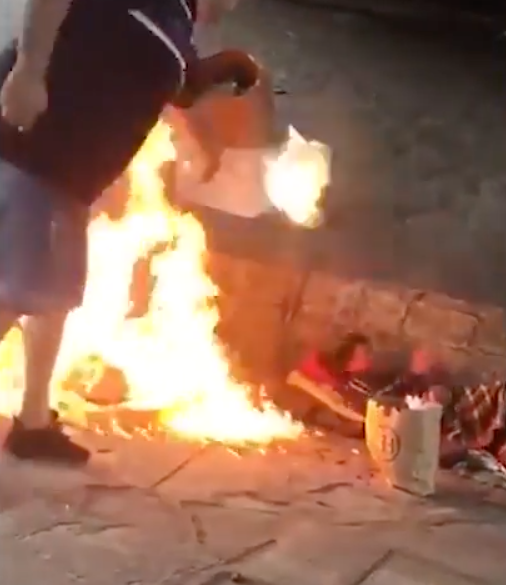 The attackers throws a 'fireball' towards the second homeless man

The victims were reportedly of Venezuelan descent, although whether this was a racial or culturally driven attack is not known.

One of them has been identified by police as a 38-year-old Jose Luis Pallaoro, who walked to a local hospital and was treated for burns on his arms before being released. 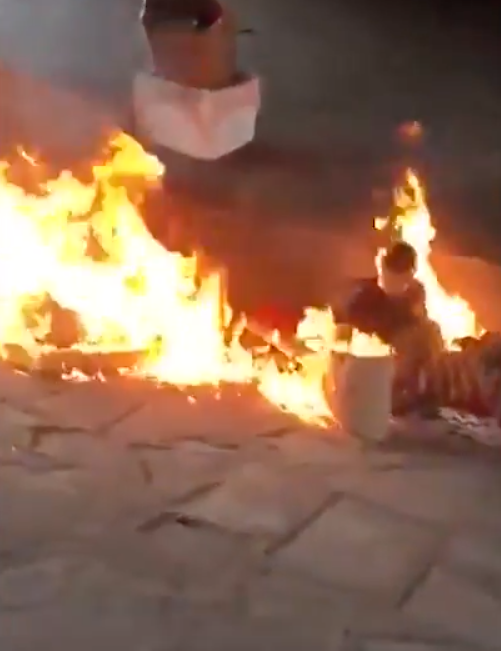 The second victim, who hasn’t been identified, was reportedly treated for burns to his face and body.

A local mechanic told reporters he believed that one of the attackers was the son of a local businessman who ‘cannot tolerate people sleeping in the street.’ 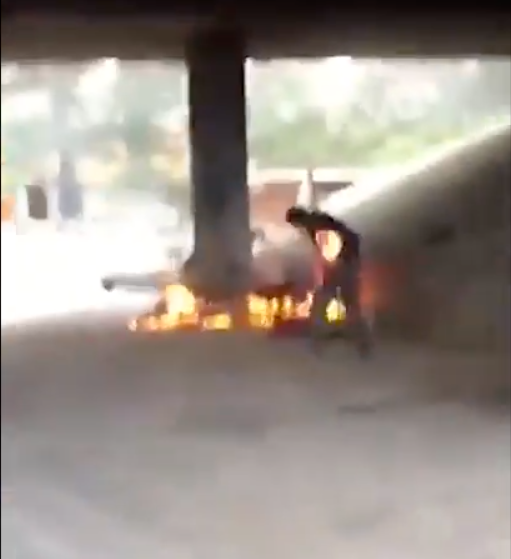 As the attackers speed away in their car, the homeless men can be seen trying to snuff out the flames

He added that the victims were ‘good people’ who ‘did not hurt anybody.’

A police investigation into the attack has been launched but as of yet no arrests have been made.