Detector Dog Bailey has helped Revenue officials sniff out a substantial amount of drugs throughout her career (Image: Revenue)

WE'RE SURE she got a treat for this!

One of Dublin's cutest detectives was 'on the ball' yesterday as she helped to uncover a huge haul of cannabis in the Dublin Mail Centre.

Golden Labrador and hardworking detector dog Bailey was helping Revenue officials perform routine checks on the mail coming into the Dublin Mail Centre yesterday when she reacted to seven different parcels-- all of which were found to contain cannabis.

The parcels, which originated in Spain and were bound for addresses in Dublin, Wicklow, Carlow and Mayo, were declared as being items such as DVD Players, T-Shirts and Textiles, but were found to be 1.6kgs of herbal cannabis with an estimated street value of €33,600. 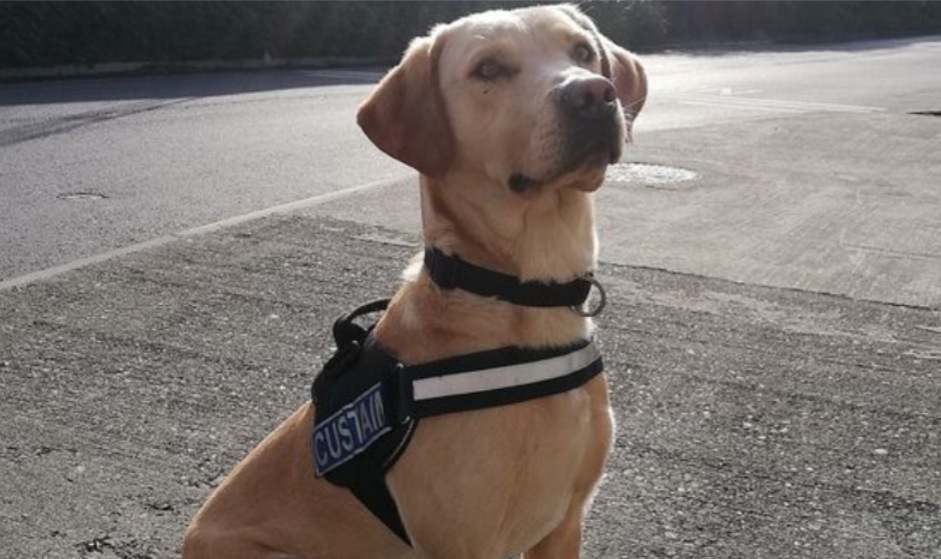 Detector Dog Bailey has helped Revenue officials sniff out a substantial amount of drugs throughout her career (Image: Revenue)

It's just another day at the office for Bailey-- earlier this month, Bailey and her equally cute colleague Sam found nearly €70,000 worth of cannabis in Dublin,and in March of 2019 she sniffed out a kilogram of the herb.

The cannabis found yesterday was seized by authorities, and investigations into the origin and destination of the packages are ongoing.

As for Bailey, she's ready for another day at the office-- you'd have to be barking mad to try and smuggle something past her.