'I sank my teeth into his fist': Joey Barton recalls biting Ireland legend in new autobiography

GIVEN his recent suspension by Rangers, Joey Barton has more than enough time to spend pushing his new book.

The 34-year-old ex-Manchester City midfielder has spoken out about one of his many footballing faux pas in his new autobiography, No Nonsense, which is released today (September 23).

Trouble ensued when Barton, along with the rest of the squad, encountered a group of traveling Everton fans who just so happened to be drinking at the same bar.

Barton describes being kicked in the shin by a 15-year old Evertonian, before slapping him back in retaliation.

Barton’s moment of indiscretion didn’t sit well with Ireland legend and then City skipper Richard Dunne, who demanded that he apologise to the boy.

“I take after my grandad, in that I am an angry, articulate drunk,” he added. 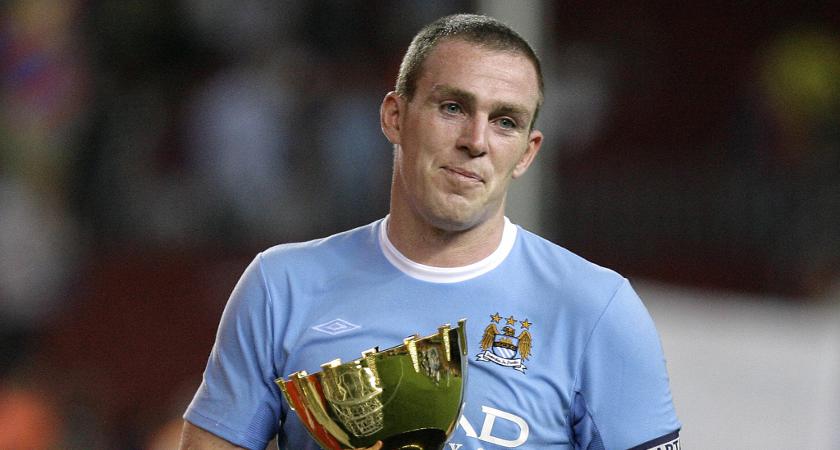 “Dunney grabbed me by the throat, and pushed me back against the wall. He was bigger and stronger than me so wrestling was out of the question. I turned feral, and sank my teeth into his fist as hard as I could,” recounts Barton.

"I rugby tackled him before he could react. Our momentum took us over some steps and into a secondary tier, where Dunney crashed through a glass coffee table.

"I leaped back to the bar and grabbed a pint glass. Tim Flowers recognised my intention of smashing it across Dunney's head, and threw himself at me.

"I could hear Dunney screaming, he was being frog marched to a secure area, and was so out of control he kicked a plant pot, breaking a bone in his foot."

Barton would later depart Manchester City for Newcastle in 2007, but the pair again became teammates in in 2013 when Dunne joined Barton’s struggling QPR side.

Not too much bad blood, then.