'I'm the least racist person in this room' - claims Trump, while Biden brands him 'most racist President ever'

DONALD TRUMP claimed he was "the least racist person in this room" during last night's Presidential debate in Nashville, Tennessee.

The US President went toe-to-toe with Democratic nominee Joe Biden in what was the final debate before the Presidential election in November.

The two clashed over Covid-19, corruption charges and race, with Biden labelling Trump "one of the most racist Presidents we've had in modern history".

"He pours fuel on every single racist fire," Biden said. "Every single one."

"He started his campaign coming down the escalators saying that he was going to get rid of those Mexican rapists. He banned muslims because they are muslims," he added.

Trump however says that accusations of racism against him are unfounded.

"Not since Abraham Lincoln has anybody done what I've done for the black community." 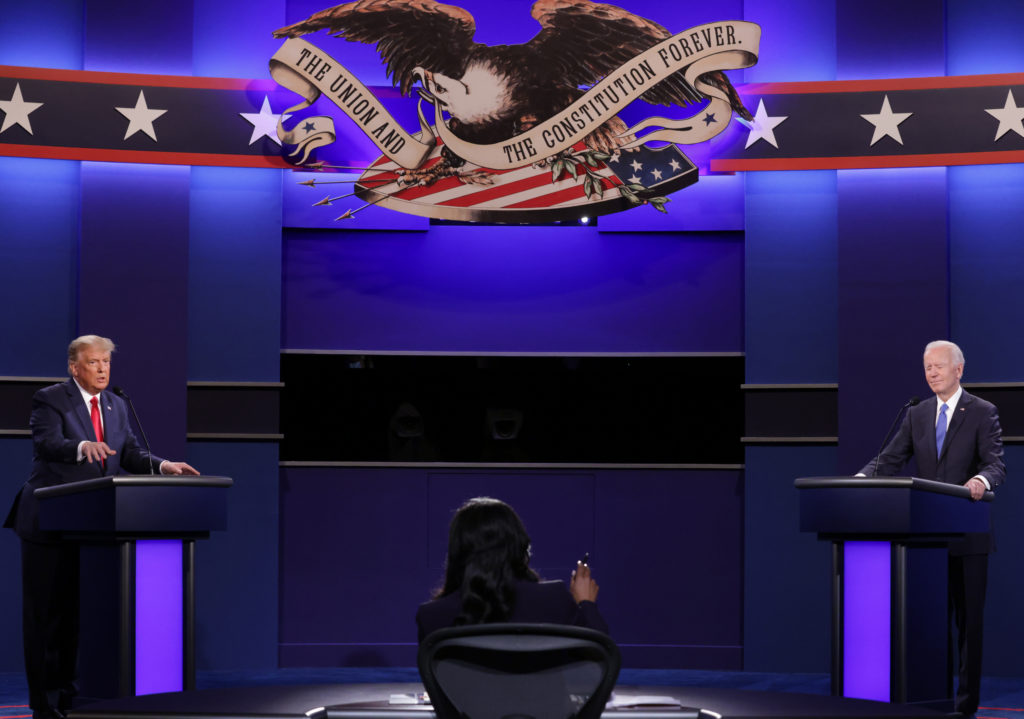 Trump was earlier pushed by debate moderator Kristen Welker for his stance on Black Lives Matter, noting how he had previously described the movement as a "symbol of hate".

The President responded: "The first time I ever heard of Black Lives Matter, they were chanting 'Pigs in a blanket,' talking about our police, 'fr them like a bacon,' I said that's a horrible thing."

Elsewhere, Trump pressed Biden on purported leaked emails from Mr Biden's son, Hunter, about his business dealings in China, with the former Vice President stressing that he has "not taken a single penny from any country whatsoever. Ever."

Biden had earlier gone after the President for his handling of the coronavirus crisis, laying blame for the 220,000-plus American deaths at Mr Trump's feet.

"Anyone who's responsible for that many deaths should not remain president of the United States of America," he said.

With a mute button in place this time around, the candidates couldn't interrupted each other nearly as frequently as they did during their first debate.

Donald Trump impeachment: What happens next?

On his way out: Is Donald Trump allowed pardon himself and how would it work?