In pictures: Breathtaking scenes as Dublin lights up red for Fire Safety Week

Clondalkin's Round Tower has been lit up in support of Fire Safety Week (Image: Dublin Fire Brigade / Twitter)

BUILDINGS ACROSS Dublin have lit up red to lend their support to national Fire Safety Week.

The annual fire safety awareness week stretches from 5 - 12 October, and with bonfire season right around the corner, Ireland's Fire Services have urged people to remain safe.

This year, the service's message is reiterating the importance of smoke alarms, which save countless lives each year.

Launching the annual event yesterday, Fire Safety Ireland released a video of multiple Brigade members reminding the public of the dangers of house fires-- in 2019, fires claimed  the lives of 16 people in Ireland.

Check out our video with message from Chief Dennis Keeley of Dublin Fire Brigade, and launch by Minister for Housing, Local Government and Heritage Darragh O'Brien.

Stay tuned for all our Fire Safety tips this week.#FireSafetyIre pic.twitter.com/kY1wyCZ8Hd

Lending their support to the campaign, a number of iconic buildings have now lit up in the colour red, including the Dublin Fire Brigade training centre, The O'Brien Institute.

We are lighting up our training centre, The O'Brien Institute, red for National Fire Safety Week 2020.

Will you join us and over 60 other buildings in the way you look at night to help STOP fire?

Dublin city's famous Olympia Theatre joined in the effort, taking to social media to share the iconic venue, which has been closed since March, lit up for National Fire Safety Week. 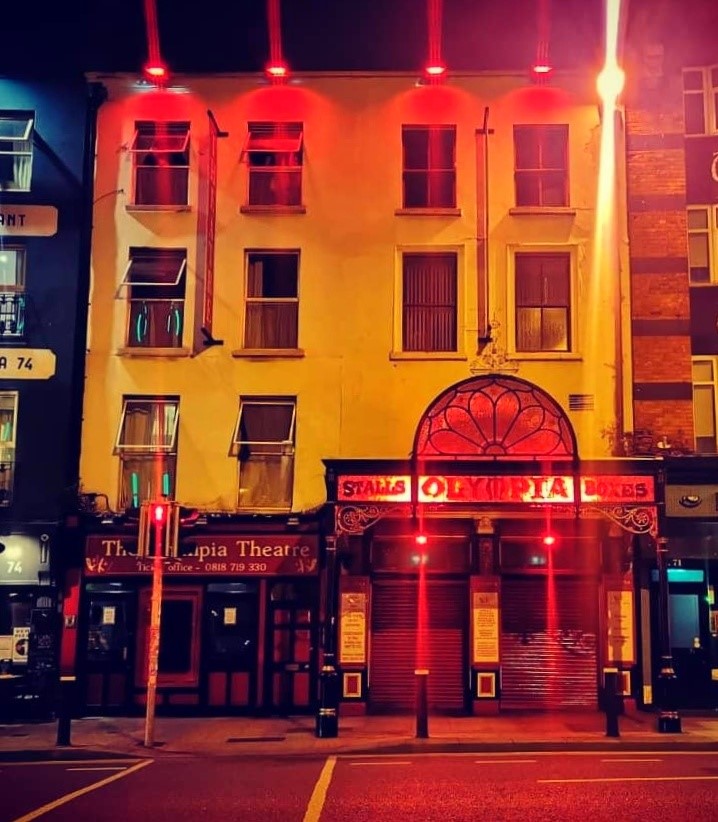 Fellow music venue 3Arena, previously the O2, was lit up red, with its waterside location leading the lights to dance on the river Liffey...

To show our support for @DubFireBrigade and Fire Safety Week, our venue will light in red from tonight until 11 October. #SeeRedSTOPFire #FireSafetyIRE #20FSW #STOPfire #SmokeAlarmsSaveLives pic.twitter.com/f5jpnwBN8g 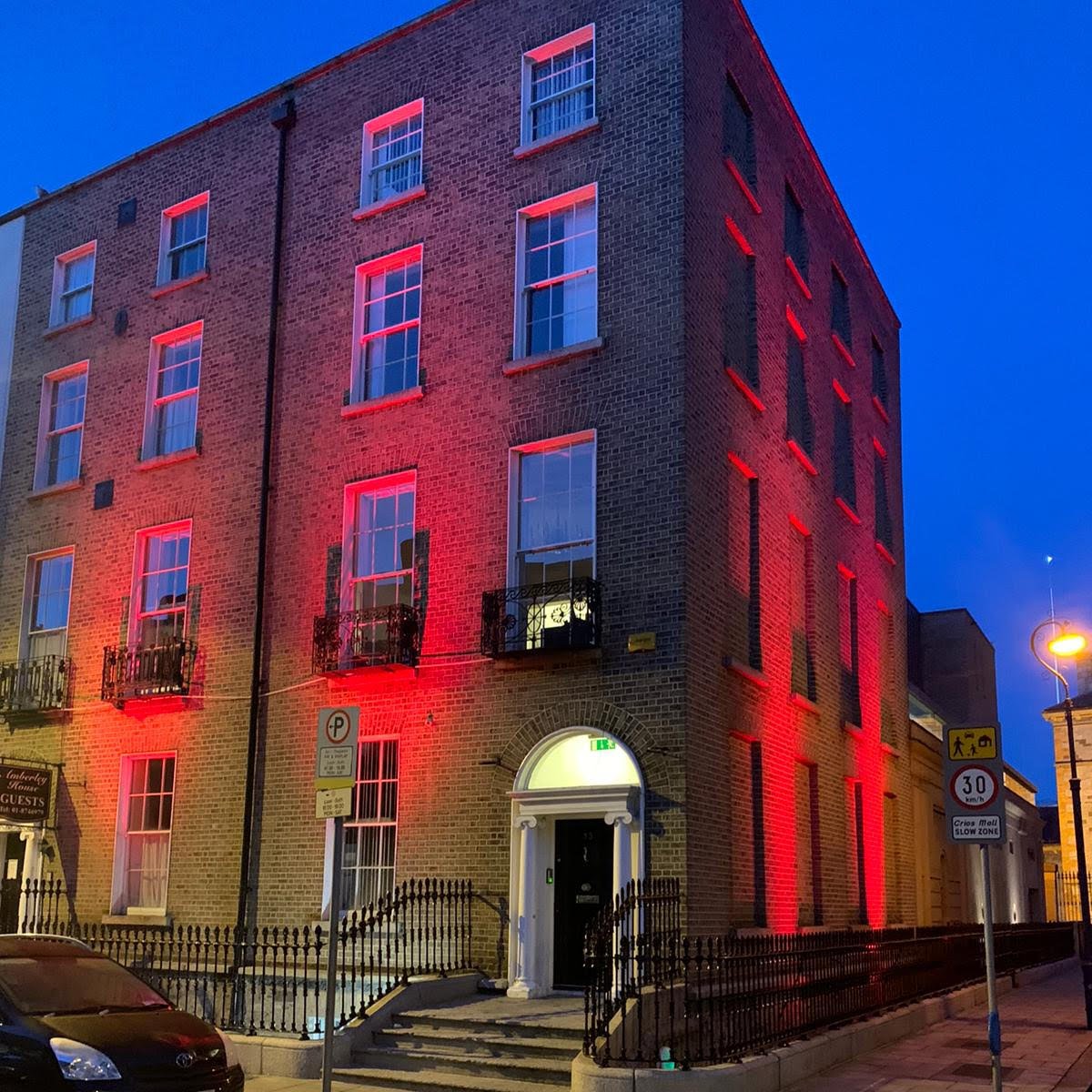 Ireland's famous museum of emigration, EPIC, also turned red to support the cause which aims to protect Irish citizens...

As did South Dublin's County Hall...

The Round Tower in Clondalkin lit up in red for #FireSafetyIRE! #20FSW #STOPFire #SeeRedSTOPfire pic.twitter.com/rQ6Kw2iirw

M50 HQ lit up red for #FireSafetyWeek in a reminder to everyone to #SeeRedSTOPFire and always have a working fire alarm on each floor of your home. @DubFireBrigade #m50safety pic.twitter.com/ILV5fFs0Ft

County Hall in Dún Laoghaire will be lit up 🔴 tonight & each day this week in support of Fire Safety Week 2020 from 5-11 October.

As well as Blanchardstown's Civiv Offices, Swords Castle and the Casino Malahide.

All in all, more than 70 buildings have lit up to support the essential cause and save lives; to learn more about Fire Safety Week and the importance of having a working smoke alarm, including how to check it is working properly, you can visit Fire Safety Ireland's social media page here. 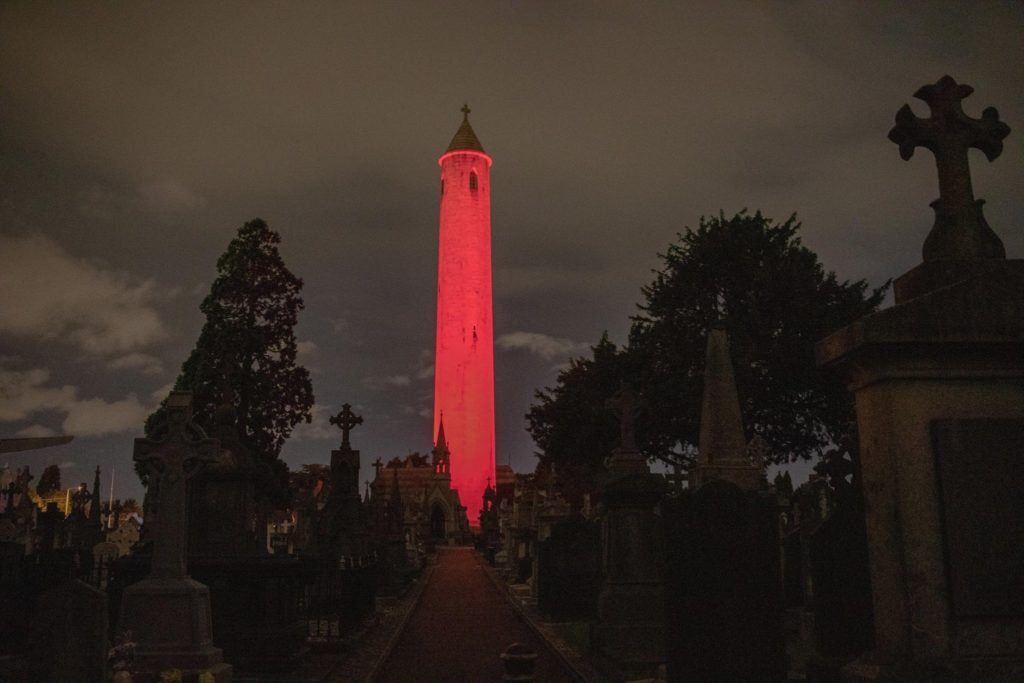 Clondalkin's Round Tower has been lit up in support of Fire Safety Week (Image: Dublin Fire Brigade / Twitter)