IN PICTURES: New 1916 photographs show Dublin destroyed in the wake of the Rising

A SERIES of photographs capturing Dublin in the aftermath of the 1916 Rising have been released.

The 40 images depicting Irish people carrying on with their daily lives in the wake of the destruction, were published as part of the newly launched Digital Repository of Ireland (DRI).

Limerick antiquarian Thomas Johnson Westropp, who was born in 1860, took the photographs of the city’s iconic buildings damaged by the rebellion and British forces.

The photographs are taken from a bound volume entitled Ruined Buildings in Dublin after the Sinn Féin Rebellion – as the Rising was referred to during this time.

The images were provided by Westropp to the Royal Irish Academy (RIA) – one of six academic partners working with DRI.

Royal Irish Academy librarian Siobhán Fitzpatrick said: ‘He obviously went to great lengths to take many of the photographs which are preserved in the collection.

“The fact that he had the images developed, printed and mounted in an album within a week conveys a certain sense of urgency.

“And the fact that he deposited the album with the Academy for safe keeping shows his strong archival sense and the importance he placed on preserving the record.”

The photographs are available on Digital Repository of Ireland’s website and the original prints can be viewed by request.

Scroll down for more pictures from 1916… 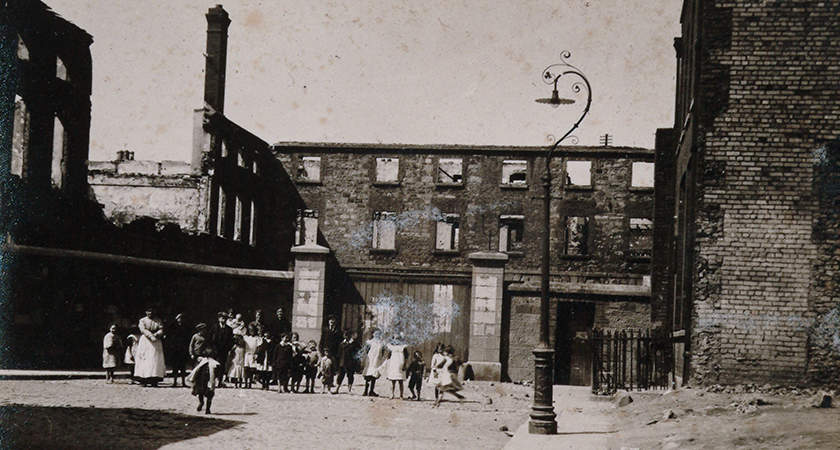 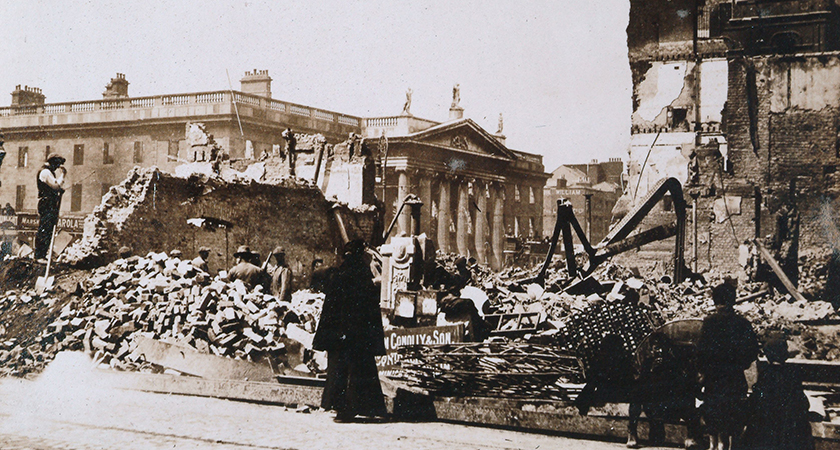 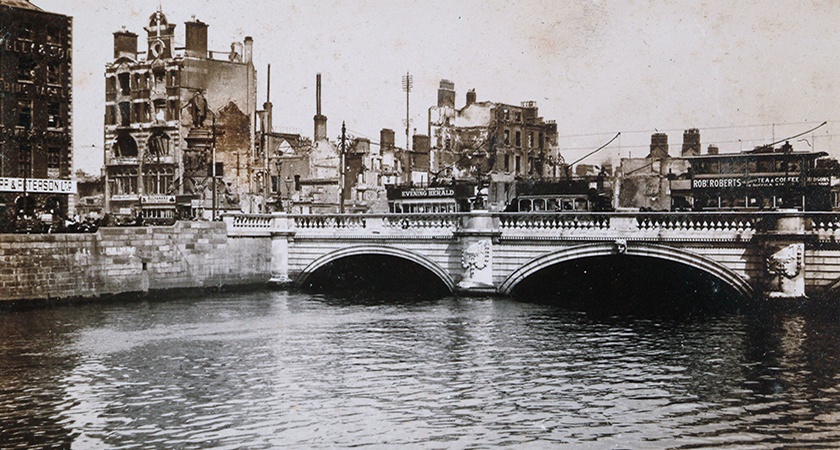 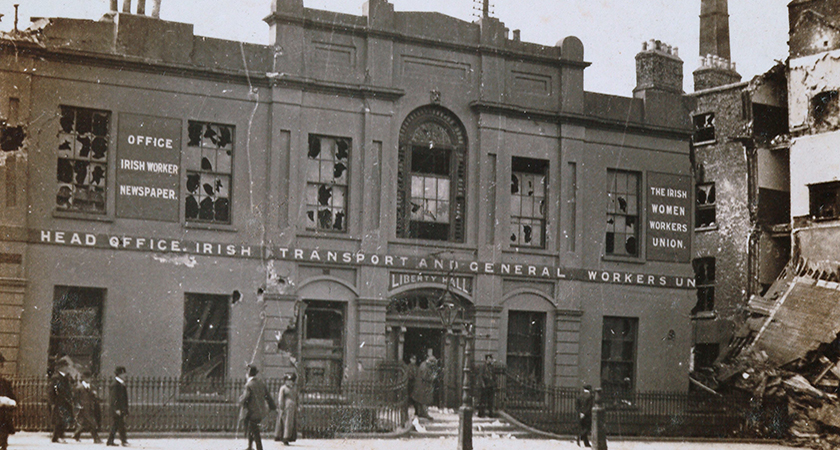 4. Beresford Place, pictured here on May 18, 1916, was the headquarters of the Citizen Army 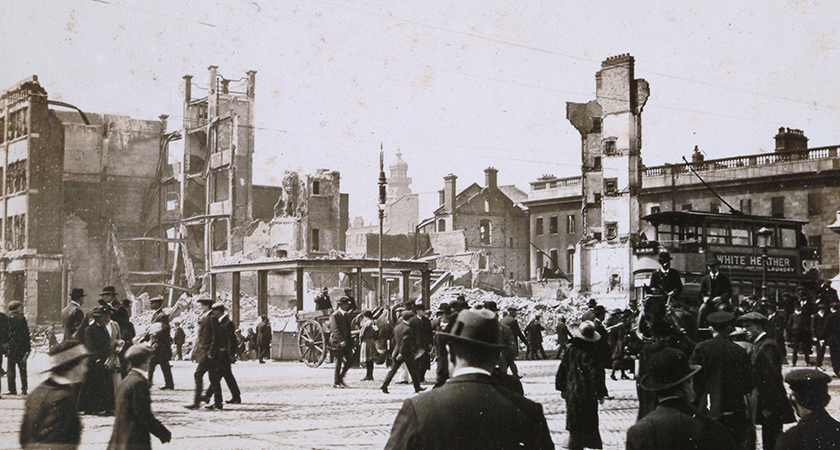 By: James Conor Patterson  -  41 minutes ago