IRELAND IS the “fastest-improving country in Europe” for daily Covid-19 case numbers, according to Dr Tony Holohan.

The Chief Medical Officer has issued an encouraging update as cases continue to fall across Ireland.

Despite this, Dr Holohan warned that work still need to be done to suppress the devastating third wave of coronavirus infections.

He warned that while the numbers were positive, the levels of the disease being reported were still “too high” for any of the coronavirus restrictions to be lifted.

Dr Holohan told Newstalk: "We have seen very high levels of infection around the turn of the year into January but we've made great progress in reducing from the levels we've seen in the first two weeks of January," he said.

"We're the fastest-improving country in Europe and at this point, we're 12 to 13th in the European league table in terms of the level of infection.

"But in excess of 1,000 cases a day is simply too high a level of infection.

"The Government has extended the Level Five restrictions until March 5 and it's really important we all keep up, as much as we can, compliance with those measures."

He added: "The average number of contacts that each case has is staying really low and we need to keep it low to March 5 to continue the progress we're making." 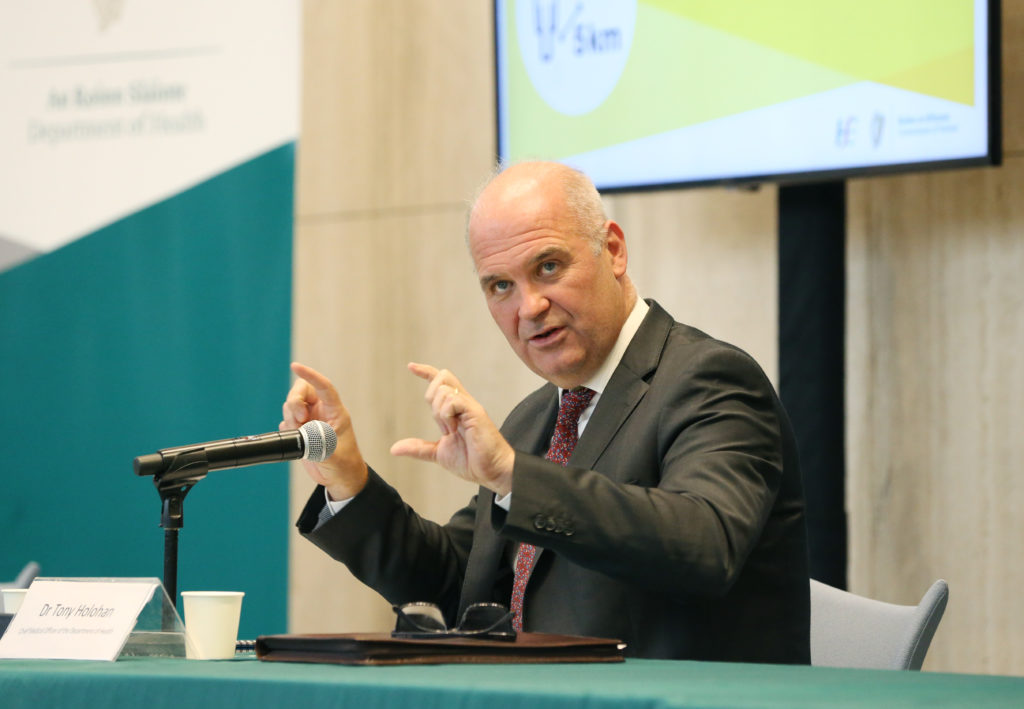 The CMO did note that the number of deaths were beginning to plateau and he expected them to begin dropping over the next few weeks.

Dr Holohan said: "It did rise steeply as a result of the rise of the incidence, it always follows that the deaths will occur a couple of weeks after the rise in incidence.

"But we're now seeing a stabilisation of that level and we expect that if we can keep up this level of suppression with the incidence, we will in the coming short number of weeks, if not sooner, begin to see a decline in the number of deaths."

According to the Taoiseach Micheál Martin, lockdown restrictions could begin to be eased from March 5.

However, any changes will likely be small and could begin with the reopening of schools and construction sites on a phased basis.