Paul McGrath and Jack Charlton during a friendly with Germany in May 1994 (Image: Ray McManus/Sportsfile via Getty Images)

LEGENDARY Ireland player Paul McGrath has paid a moving tribute to late former manager Jack Charlton, saying the pair 'had a great rapport with each other'.

Former Manchester United and Aston Villa defender McGrath was discussing Charlton on Friday's episode of The Late Late Show, which was celebrating 100 years of the FAI.

As well as the Black Pearl of Inchicore, the special featured other Ireland greats including David O'Leary, Niall Quinn, Packie Bonner and Shay Given.

After presenting Charlton's son John with the huge book of condolence that was signed by thousands in Ireland following Charlton's death, McGrath revealed how his time playing under the manager was 'the best 10 years of my life'.

'He always forgave me'

"He knew I was a little bit different because I'd end up on a train that I wasn't supposed to be on or it could be a plane," said McGrath, hinting at his troubles with alcohol.

"He always forgave me, always wanted me back on the team.

"I always wanted to play because we had a great rapport with each other, [his sons] John and Peter used to come with us as a part of the team.

"I loved it because for me it was the best 10 years of my life."

McGrath made his Ireland debut in 1985, a year before Charlton took over, and retired in 1997, just over a year after Charlton resigned.

As such, 73 of McGrath's 83 Ireland caps came under Charlton, during which time he featured in two World Cups and one European Championships.

When quizzed by host Ryan Tubridy, McGrath admitted Charlton — who passed away in July 2020 — was a father figure of sorts, who always wanted what was best for him. 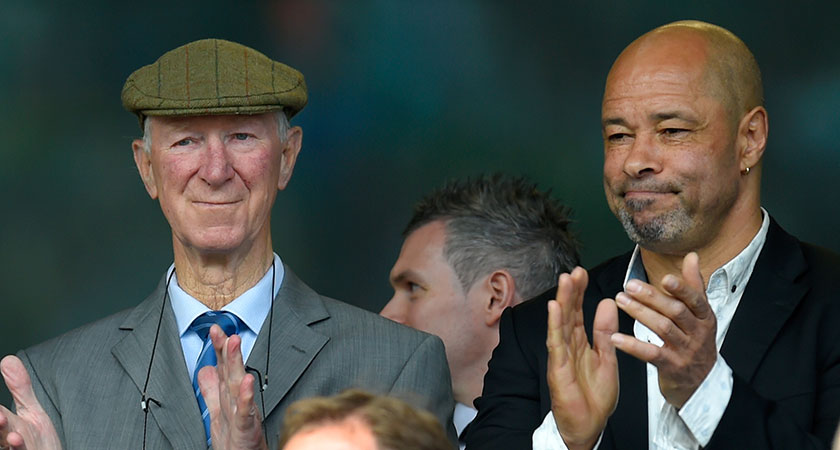 Charlton and McGrath at a friendly between Ireland and England in Dublin in June 2015 (Image: Stu Forster/Getty Images)

"He understood the troubles that I was going through with drink and stuff like that," said McGrath.

"He always wanted me to stop, but it did snowball at that time so it didn't really stop until… well, it didn't stop.

"There were loads of times he'd try and tell me which way I was going wrong — he tried to get me into fishing once [but it went] badly!

"But he was a lovely man like that, he'd go out of his way just to get me doing something extra [to distract me] from the bad stuff.

"Jack was only doing that for my own good, he was just brilliant with me."

President Michael D Higgins also appeared on the show, discussing among other things his passion for soccer.

The episode is available on RTÉ Player until June 20 and can be found by clicking here.