THE IRISH Film Classification Office (IFCO) has revealed the most complained about film of last year.

The family comedy Show Dogs, starring Will Arnett, Natasha Lyonne and Chris ‘Ludacris’ Bridges garnered more complaints than any other in 2018.

A family comedy that received a PG classification because of “mild violence, language and rude humour” Show Dogs centred on a talking police Rottweiler who goes undercover at a prestigious Dog Show in a bid to bust an animal smuggling operation.

The macho loner Max, voiced by Ludacris, is joined by a human partner (Arnett) for the buddy cop comedy, which garnered negative reviews upon release.

In the scene Max is told “got to a zen place” and put his discomfort over genital groping to one side in order to compete at the dog show.

As part of his covert mission, Max had to undergo pedicures, Botox, waxing and, in several instances, must tolerate the judges at the dog show checking his genitals.

The scene is which Max is told to block out his concerns over the genital touching was criticised by the National Center on Sexual Exploitation (NCOSE) who argued it sent “a troubling message that grooms children for sexual abuse”.

Dawn Hawkins, the executive director of the NCOSE, said their objections centred on “multiple scenes where a dog character must have its private parts inspected, in the course of which the dog is uncomfortable and wants to stop but is told to go to a ‘zen place’.

“The dog is rewarded with advancing to the final round of the dog show after passing this barrier. Disturbingly, these are similar tactics child abusers use when grooming children: telling them to pretend they are somewhere else and that they will get a reward for withstanding their discomfort.

“Children’s movies must be held to a higher standard, and must teach children bodily autonomy, the ability to say ‘no’ and safety – not confusing messages endorsing unwanted genital touching.”

Global Road Entertainment, the company that co-produced and co-financed the film with Riverstone Pictures, defended the film by saying such touching is common practice in dog shows.

“The dog show judging in this film is depicted completely accurately as done at shows around the world, and was performed by professional and highly respected dog show judges,” they said in a statement to CNN.

“Global Road Entertainment and the film-makers are saddened and apologise to any parent who feels the scene sends a message other than a comedic moment in the film, with no hidden or ulterior meaning, but respect their right to react to any piece of content.” 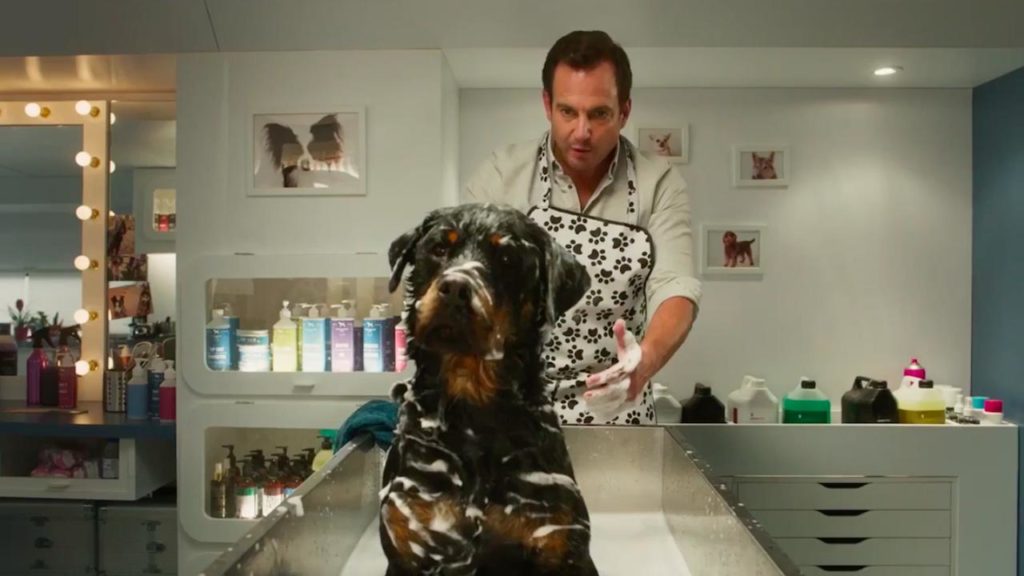 The British Board of Film Classification concurred, writing: “[T]he scenes in question are entirely innocent and non-sexual and occur within the clear context of preparation for and judging in a dog show,” they wrote. “We regard the comments made about the film as suggesting ‘grooming’ as a misinterpretation of the scenes in question.”

Despite this, the studio later apologised and recut the film, re-releasing it without the offending scenes.

IFCO received a total of 18 complaints, six of which were releated to Show Dogs. Of the six complaints, two were from people that had not seen the film.