IRELAND international Darren Randolph has revealed that he suffered a torrent of racist abuse as a child.

The West Ham United goalkeeper said it was "normal" for him to be treated differently and abused for the colour of his skin and even spoke of how he was spat at when he was growing up.

Speaking to The Sun, Randolph said he was regularly abused while playing football and that most of the abuse came from the sidelines and from the parents, rather than the kids he was playing against.

"It would be because I would be playing well or doing good, it wouldn’t be that I was just standing there and then I'd get a load of abuse," he said.

It would always be when I am doing well. Parents yelling abuse telling their sons to 'get that...' - I won’t repeat the word.

"But that goes on top of all kinds of stuff, spitting, you know what I mean? It was normal for me back then."

The 33-year-old, who has been a regular part of the Ireland first-team squad since 2012, grew up in Bray, Co. Wicklow, before moving to England to sign with London club Charlton Athletic. 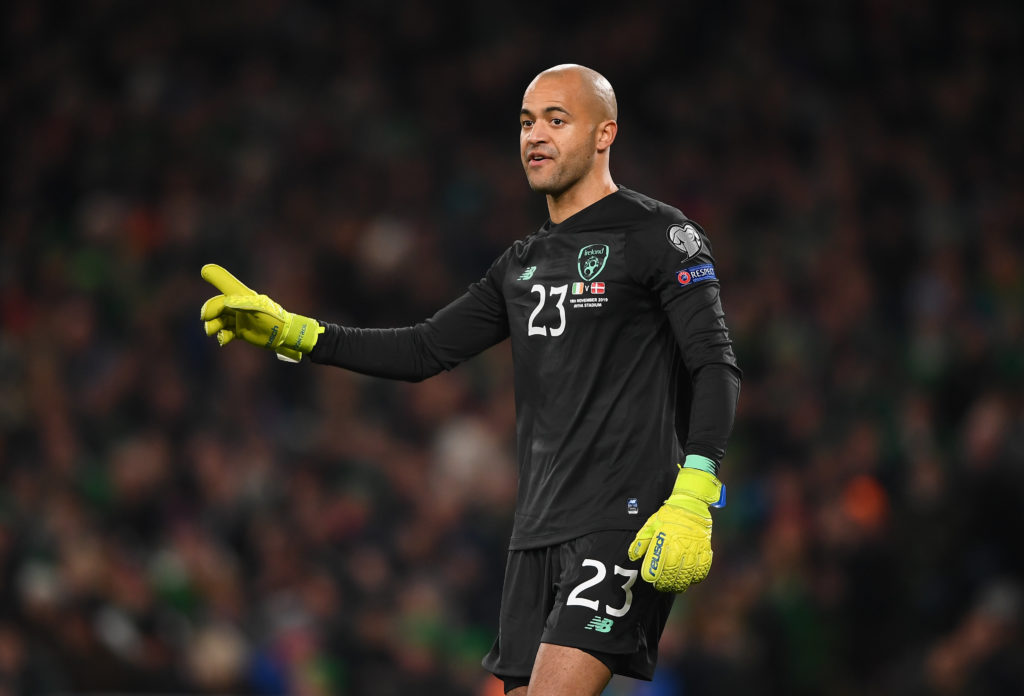 He recalled a time in Ireland where he was the only mixed-race player in his sports circle.

"I notice it myself when I go back home, there’s a lot more black Irish people around. At the time when I was growing up, I can’t remember in any sport I’ve played coming up against another black player, whether they were Irish-born or born somewhere else.

"It always just seemed to be me that I was obviously the mixed race boy and that was it. And I go back to me being in school and me being the only person of a different race."

Randolph admitted that despite a noticeable improvement since he was a child, there's still an underlying issue with racism which needs to be sorted.

"So it's definitely changing, but does that necessarily mean that there is no racism? No."

Randolph has played 42 times for the Irish national side, and established himself as the nation's first-choice keeper in 2016.