When Sarah McAuley boarded the plane to Japan on Friday, it was the start of her longest journey both geographically and metaphorically.

Oh my God, there’s my name!

Prior to departure, Spain is the furthest she has been before while her rise to the Irish women’s Olympic squad is similarly far-flung as she admits herself.

“I definitely didn’t expect it to come so soon,” the 19-year-old McAuley said. “At the start of last year, I was just training in the club. When I checked the list last week, I thought maybe I will go as a travelling reserve, you never know.”

“I checked those straight away and then looked up a little bit and was like ‘oh my God, there’s my name!’ I couldn’t believe it. Right person, right place, right time – I just keep saying that to myself.”

It is a journey that started at Avoca’s Under-8s section where her mother organised the fixtures. Multi-talented, it was among a spate of sports on her agenda; she played tennis at Monkstown LTC with soon-to-be fellow Olympian Sarah Healy, named in Team Ireland’s athletics line-up, won a Dublin ladies football Division One Feile title with Kilmacud Crokes and also represented the county at the All-Ireland Feile skills competition.

Hockey shone through at Muckross Park

Hockey, though, shone through from second year onwards at Muckross Park where she went on to play in the senior team for four successive seasons.

It has perhaps helped her get used to being “the young one”. In third year at Muckross, she won the Leinster Schoolgirls Senior Cup and took bronze at the All-Irelands under coach Una McCarthy.

McCarthy is the mother of Irish team mate Michelle Carey and McAuley hails her as a key influence and one who will be sorely missed at Muckross Park following her retirement this year.

Two Senior Premier League titles followed but another league success proved elusive with the 2020 cup final – scheduled to be against a Hannah Matthews’ coached Loreto Beaufort – cancelled due to Covid.

All along, Muckross alumni Anna O’Flanagan would flit in and out as a guest coach around her stint in the Netherlands, showing off her medal at the Marlborough Road school a number of years ago.

McAuley got a snap of it, one that she could compare to them lining out side by side at the Euros after her first – and only – formal cap.

“They say you should never meet your heroes but I totally disagree,” went the caption and McAuley says it did not take time to assimilate.

“In sixth year, I started to play with her in the club and she took a few sessions at school.

“Definitely, I looked up to these girls and now to be playing with them every day is a dream come true. They are not just team mates, now. They are friends – we hang out all the time and they are so lovely. It is cool!” 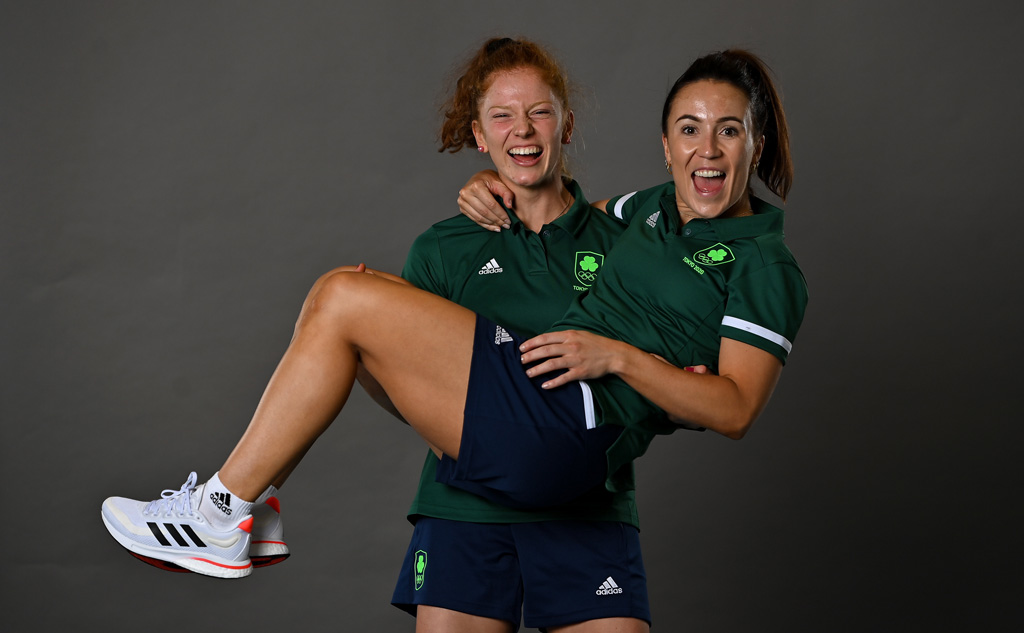 Despite the ease of the transition, she does admit is has taken her by surprise as the unfortunate knee injuries to Beth Barr and Zoe Wilson opened up an opportunity for a defensive reshuffle just a couple of months after she started training with the side.

“I came in with seven or eight younger girls around mid-November, coming up to Christmas. I thought I was just there to fill numbers.

“In January, I was part of the development squad and the core of the Under-23s but in February, I got to be part of those uncapped games against GB in Belfast.

“It was more delight to be able to have that opportunity to play them. Considering it was so close to Tokyo and the Europeans, I really didn’t think I would have the chance this summer. With the way things went with Covid and with the squad, I guess I was the right person, right place, right time.”

I guess I was the right person, right place, right time

And take her chance she did. One of her first interventions off the bench was to flat-bat a tackle to nick the ball of Lily Owsley.

“I didn’t realise it! Once I get stuck into a game, I don’t really mind who I am playing against. It is just 11 versus 11, each with two hands, two feet, one stick.

“After it, I did think ‘wow, I was playing all those Olympians’. I was definitely a bit star-struck afterwards. Maybe I was a bit naïve and didn’t know what I was up against but more just enjoyed the experience.”

And that was how she was viewing the European Championships initially. Covid allowed for two extra reserves to travel to the event, a nice bonus to get the lie of the land before a couple of niggles in the central 18 gave her a chance to play in game five against Italy.

“Oh completely. I couldn’t wait to see even what happens in and around the tournament. I’d never been to Europeans underage so I didn’t know what to expect. When you are watching for that long on the sidelines, you are hoping for maybe a chance to play and lucky enough I got the last game.

“I was absolutely raring to go at that stage! When it was me and Zara [Malseed, the other reserve], it was grand. We also had Gareth [Grundie] to take individual sessions on the side pitch with us but when Zara got her call, I had to do the session by myself; it was pretty rough when you see the other 19 players heading out. That was tough but it paid off.”

Again, she was assured and smart in the 3-0 win over the Italians, defensively astute while an audacious backhand pass from halfway into the D to pick out Deirdre Duke showed plenty of verve.

“The girls just said enjoy the day, enjoy that first cap. I was definitely soaking up the atmosphere. Once the game starts, you just try your best. Sean always tells me to ‘make a decision’ and I quite like my reverse – maybe I am more comfortable on that side! – so it came naturally.”

It inspired confidence and nudged her up above the line from reserves to the main Olympic squad. Right person, right place, right time! 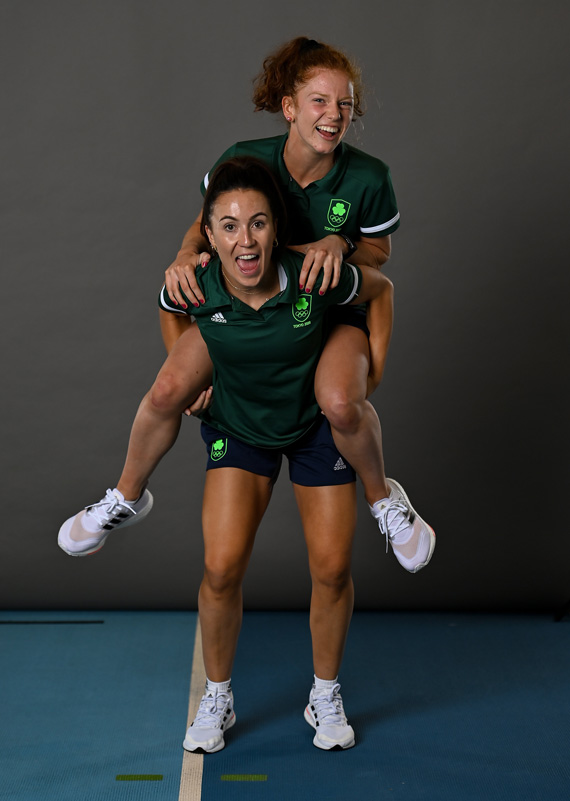