The heavyweight boxer took to Snapchat to send the youngster a heartwarming message, and even extended an invite for him to his next fight.

Three-year-old John Burke - like Fury - is a fighter, but his battle is of a different kind.

The brave young boy from Kilkenny has Adenoid cystic cancer (ACC) and is being treated at Crumlin Children's Hospital.

In the video posted to Snapchat, Fury said: "Hey, this is Tyson Fury a.k.a. The Gypsy King. This is a special message to John Burke.

"Son, get well soon and I hear you're my biggest fan and you're going to come to my next fight when we're back in the UK baby. All the best, God bless you son - see you soon". 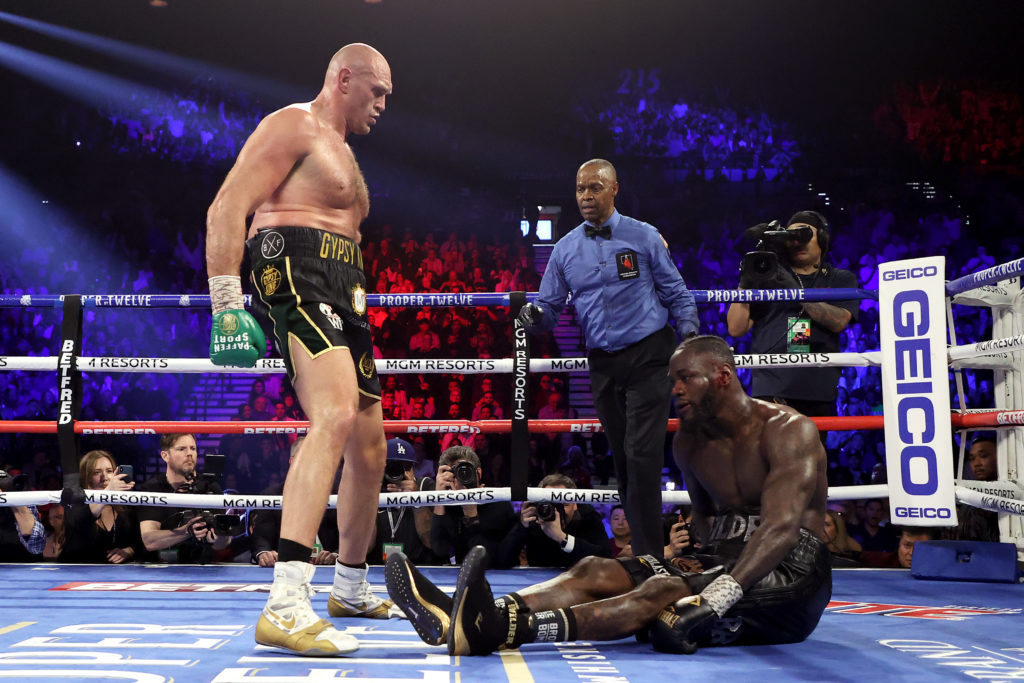 Tyson Fury knocks down Deontay Wilder in the fifth round during their Heavyweight bout for Wilder's WBC and Fury's lineal heavyweight title on February 22, 2020 at MGM Grand Garden Arena in Las Vegas, Nevada. (Photo by Al Bello/Getty Images)

Speaking to the Sun, John's mother Mary said her son was "delighted" that the boxer took the time to get in touch.

She added that his cancer is "fairly hard to treat but they're trying to treat it.

"He's just finished his fourth round of chemo - he's not really well at the moment," she said.

"He's very sick but we're hoping that, I'm praying to God, everybody, the whole world is praying for him that he will be ok. He's a little fighter anyway and we call him 'our champ'.

Fury apparently bumped into relatives of John - who told the boxer about the three-year-old's condition - in an Irish pub in Las Vegas following his emphatic victory over Deontay Wilder over the weekend.

The 31-year-old won the WBC, The Ring and lineal heavyweight titles via a technical knockout (TKO) in the seventh round.

Wilder's corner threw in the towel following a flurry of hard-hitting punches from Fury which likely had him on the brink of a knock-out victory.

During the fight, Fury dominated the American, flooring him a number of times during the early rounds.