NEW YORK, NY - NOVEMBER 04: NYPD Chief of Detectives Dermot Shea speaks during a press conference announcing that will be the new NYPD Commissioner taking the position of James O'Neill on November 4, 2019 in New York City. O'Neill served as NYPD Chief of Department and has worked as a police officer in New York City since 1983, he will be replaced by Chief of Detectives Dermot Shea. (Photo by Kena Betancur/Getty Images)

THE son of Irish immigrants, Dermot Shea, is set to become the new Commissioner for the New York Police Department (NYPD).

In doing so, Shea (50) will become the fourth Irish American in a row to hold the position.

Mayor Bill de Blasio announced on Monday that Shea will be taking over from James O'Neill who has resigned from the role on Sunday. 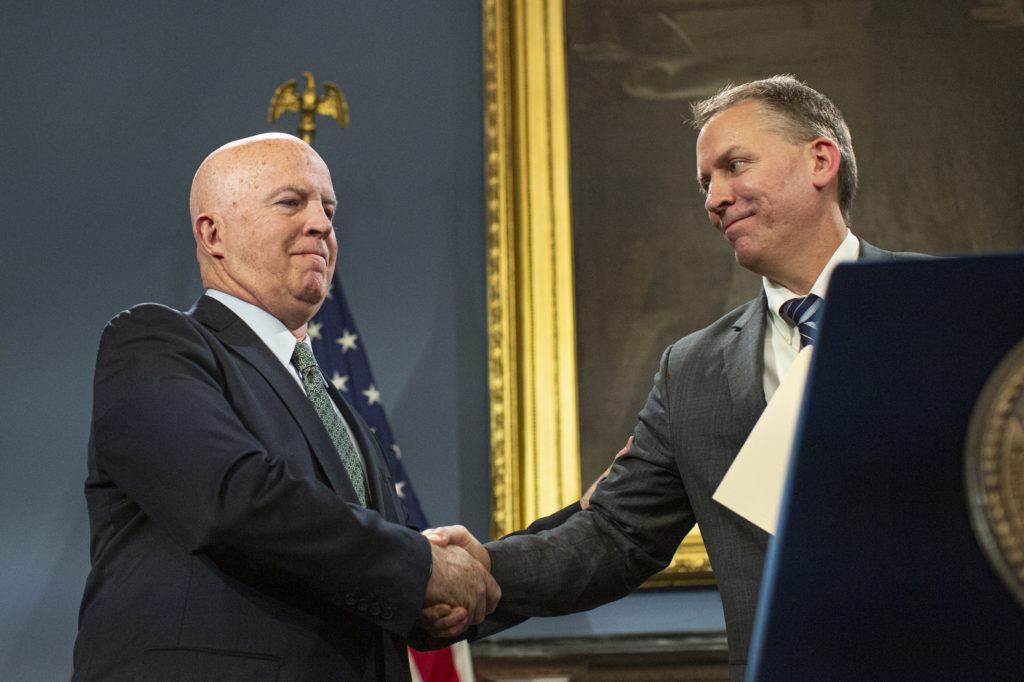 O'Neill had served from 2016 and succeeded William Bratton, who served for his second appointment between 2014 and 2016, who was preceded by Ray Kelly, who held the position between 2002 and 2014.

Shea's parents emigrated from Ireland during the 1950s and met each other in New York.

He joined the NYPD in 1991 and has held a number of senior roles, including Head of Crime Control Strategies and Chief of Detectives, the latter of which handing him overall responsibility for all investigation operations in the city.

As commissioner, he will oversee a force of about 36,000 officers.

Speaking at a press conference on Monday, de Blasio noted that Shea was "uniquely qualified to serve as our next police commissioner and drive down crime rates even further". 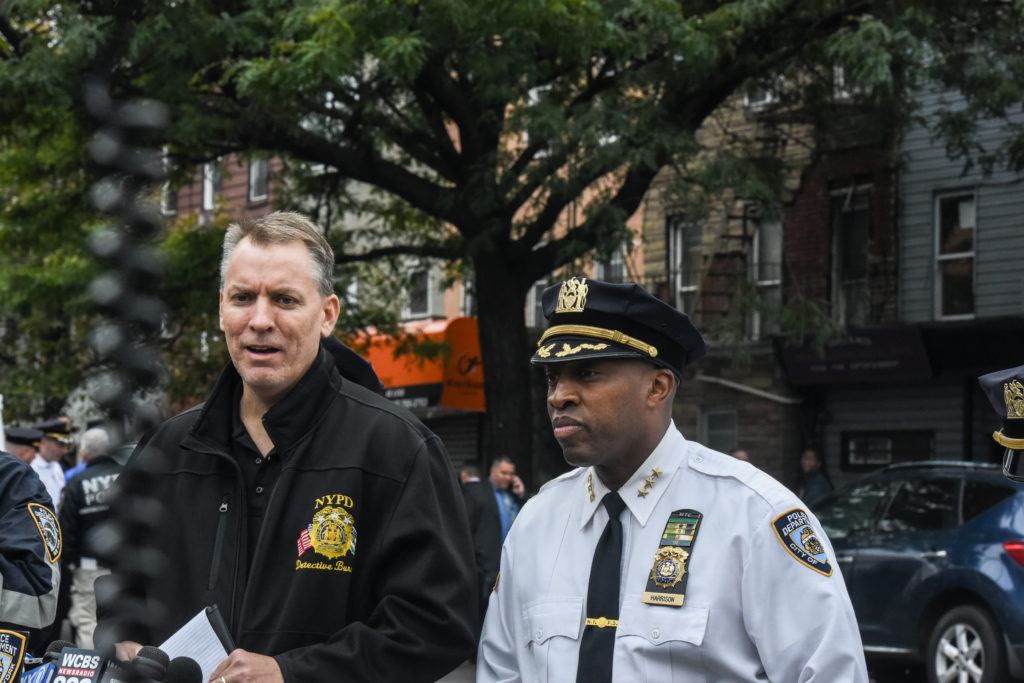 Dermot Shea is the fourth Irish American in a row to be appointed Police Commissioner.

"This is an American dream story if ever there was one," he said. "Dermot was not born with a silver spoon in his mouth."

Shea' grandparents were initially from Co. Longford and Co. Monaghan and in 2017, Shea told the Irish Voice that "my father would listen to the Fordham radio station every weekend working outside, with the Irish music blasting.

"He would always listen to Irish music. I’m laughing thinking about it. He was such a good guy, but it was overkill at times with the Clancy Brothers!  He liked Tommy Makem and the Dubliners too," he added.

"I like the Dubliners more so than the Clancy Brothers. I like the old ballads. They are great."

As Commissioner, Chief Shea will focus on putting 21st century precision policing to work in order to deepen police-community bonds and end the scourge of gun and gang violence. https://t.co/ok0DIo0GUt

On Monday, Shea described a photograph that hangs on his wall of himself, his brother and cousin when he graduated on a sunny day in 1991. His father and uncle, now deceased, are also in the picture, according to the Irish Times.

"Somewhere upstairs I can assure you there is a hell of a celebration going on in heaven ... there is probably some Irish whiskey being spilled," he said, as he paid tribute to his family and his upbringing in Queens.

"We were rich in so many ways but it had nothing to do with money ... those years really formed the basis of who I am."