29/6/2016. Limerick City. Limerick City and the River Shannon, looking inland towards St. Marys Cathedral on the right, Sarsfield Bridge in the centre and St. Johns Castle on the left. Photo: RollingNews.ie

AN IRISH family say they were forced to sleep under a bridge after being evicted from their home in Limerick city over the weekend.

54-year-old John Johnson explained how he and his children were left "walking the streets" after bailiffs came to his home to kick them out on Saturday.

The family had been unable to sort out emergency accommodation due to a lack of space and were forced out into the cold.

"We left and have no place left to go, we are on the streets. It's ridiculous, especially with the pandemic.

"I asked them what about Covid-19 and they said that we had to go and that they were only doing their job. They told us to get out of the house."

John said he'd been working in the pub industry, but mass closures due to Covid-19 have made it extremely difficult for him to find work. 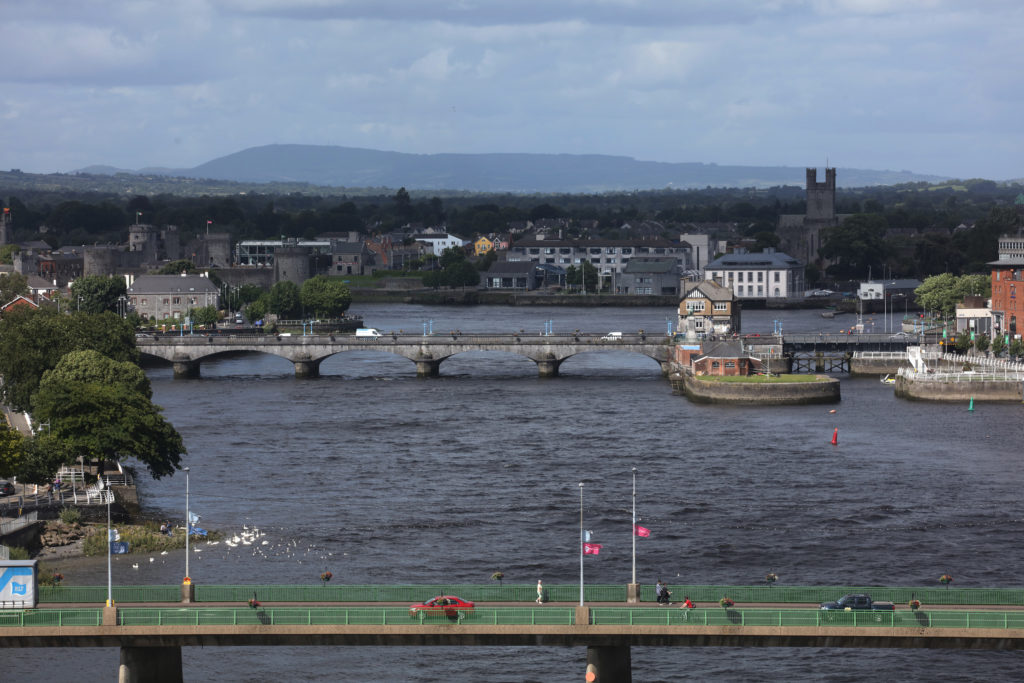 "I'm working all my life in the bar trade, and I was on a community employment scheme for three years and I got another job in a pub. I was there a week and it closed due to Covid," he said.

"I'm entitled to the weekly Covid payment but I haven’t received it in two weeks."

"I've never been in this situation ever before, it's heartbreaking. I've worked all my life."

John and his sons David and Adam (both 29), as well as David’s girlfriend Debbie Moloney (36) had no choice but to sleep under Sarsfield Bridge on Saturday night and Sunday night.

Tragically, they slept just feet from where John's brother Jimmy died by suicide ten years ago in the River Shannon.

"I'm freezing. I don't know what to do. My heart his breaking," he added.

Local Independent councillor Frankie Daly said he was shocked by John's situation and was trying to help source accommodation for the family.

"I think it's appalling that in the middle of a pandemic, a vulnerable man and his family have been left to sleep out under a bridge," Cllr Daly said.