IRISH boxer Katie Taylor has made a successful first defence of her world title against American Jessica McCaskill.

Taylor topped the bill at the York Hall in London, and defeated the challenger with a unanimous decision – 97-92, 97-92, 98-91 – to retain the WBA lightweight title.

In what she described as probably the toughest fight of her career, the Irish fighter overcame a stubborn, powerful opponent in McCaskill and emerged victorious despite being deducted a point in the seventh round for holding.

It marks a successful first defence of the title she won against Anahi Sanches in Cardiff in October.

McCaskill took the fight to Taylor from the off, but the 2012 Olympic gold medallist held firm, replying with a neat three-punch combo in the opening round.

The American continued to go for power shots and caught Taylor with a left hook in the third.

However Taylor soaked up the pressure and replied in kind, finishing the round with a flurry of right hooks.

The Irish fighter maintained a steady rhythm as McCaskill plowed away, trying to close the gap on the champion. 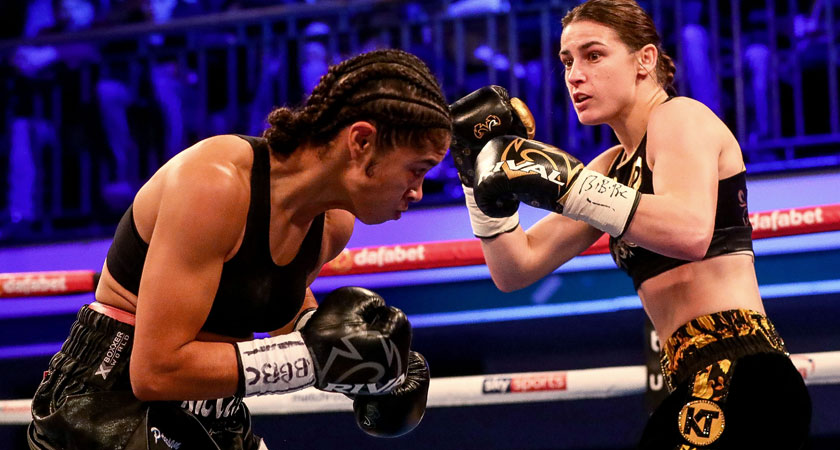 Taylor looked to be edging a fairly even contest over the next couple of rounds but was rocked by a left hook in the sixth.

However she maintained her composure while McCaskill appeared to grow frustrated at being unable to break down Taylor’s resistance.

As McCaskill kept coming, Taylor’s own frustrations appeared to show as well when she was deducted a point in the seventh.

However a combination of fast flurries and superior movement saw the Irish fighter see out the fight and make a first successful defence of her title. 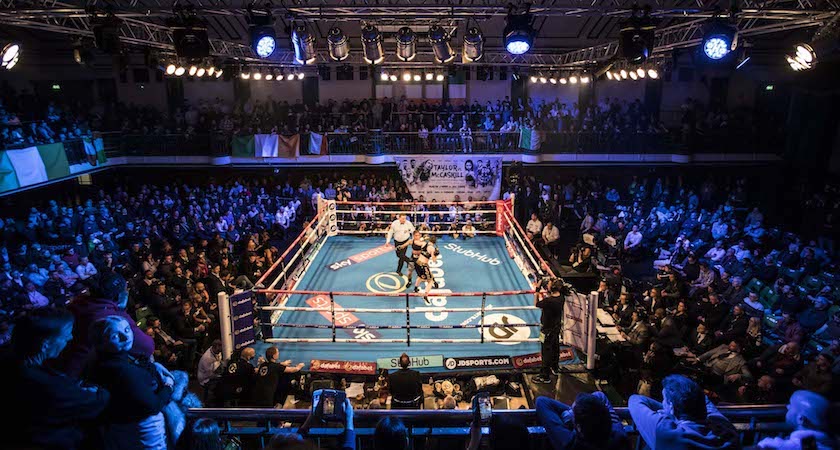 'Toughest of my career'

Speaking after the victory, Taylor said she had to be at her best but wants to go on and make history,

"It was a very tough fight. Probably the toughest of my career," said Taylor.

"I had to be at my best. I always wanted to box here at such a historic venue.

"I thought I boxed well on the outside. I did what I had to do on the inside.

"I'll have a nice rest now over the Christmas. It sets me up nicely for 2018. I want a homecoming fight and to unify the title.

"I'm living the life of my dreams and I am so grateful. I want all the belts and to make history in this sport." 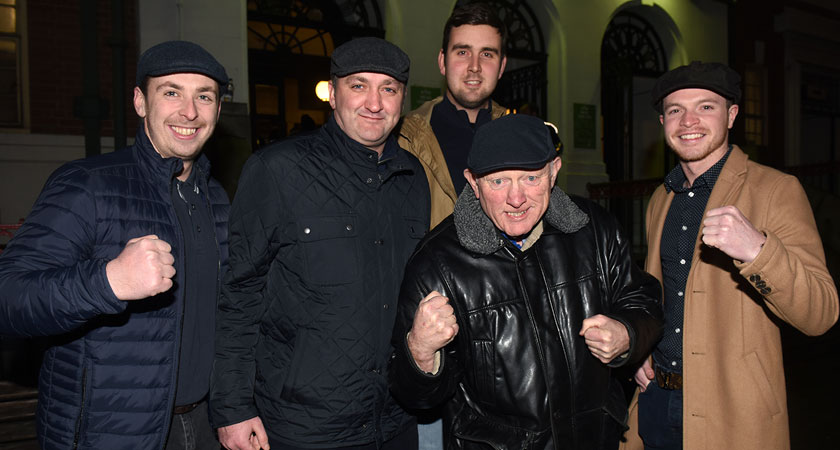 Supporting Taylor at the York Hall were Shane Kelly from Galway, Richie Browne from Westmeath, Mike Hewing and Jimmy Sheridan from Dublin and Darren Mulcahy from Limerick (Image: Mal McNally)

The Irish fans pure class ????would love to see at @KatieTaylor boxing in Dublin the atmosphere would be unreal