IRISH actress Peggy Cummins, best known for her role as femme fatale Annie Laurie Starr in the 1950 film noir Gun Crazy, has passed away at the age of 92.

The actress died in a London hospital on December 29 surrounded by her family, according to the Hollywood Reporter.

She also starred in another critically acclaimed film noir, Hell Drivers (1957) and the influential stylish horror Night of the Demon (1956).

Cummins was born Augusta Margaret Diane Fuller in Prestatyn, Wales on December 18, 1925 while her parents were visiting from Ireland. 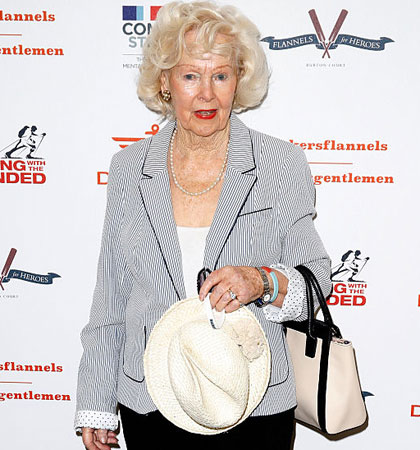 Peggy Cummins at a charity event in London in 2013 (Image: Alex B. Huckle/Getty Images)

She began acting as a child after being spotted standing at a tram stop in Dublin in 1938.

After a spell in theatre in London, she was spotted by a talent scout for Fox.

She thought she had gotten her break in Hollywood in 1946 when producer Darryl F. Zanuck chose her to play the female lead in Forever Amber (1947).

However after filming had started she was replaced by Linda Darnell when Zanuck deemed her “not sexy enough”.

However she is best remembered for her role as the carnival sharpshooter Annie in Gun Crazy, who goes on a Bonnie & Clyde type crime spree with Barton Tare, played by John Dall.

She retired from acting in the 1960s, going on to work with the Stars Foundation for Cerebral Palsy charity.

She is survived by her son David and her daughter Diana.