IRELAND HAS begun its commemoration of 20 years since the 9/11 terrorist attacks with a sombre ceremony in Dublin.

Yesterday, 9 September, firefighters and officials gathered at the residence of the US Ambassador to Ireland where they paid tribute to the more than 3,000 people killed in the September 11 attacks.

The dead included at least 18 Irish citizens, and countless Americans of Irish descent-- including one New York firefighter, Seán Tallon, whose father had emigrated from the Kildare village of Donadea some years before.

Yesterday afternoon, at the American Ambassador's residence in Dublin, members of the Dublin Fire Brigade were present for the ceremony, and Chief Fire Officer Dennis Keeley, with U.S. Ambassador to Ireland, Alexandra McKnight, laid a wreath at the 9/11 Memorial. 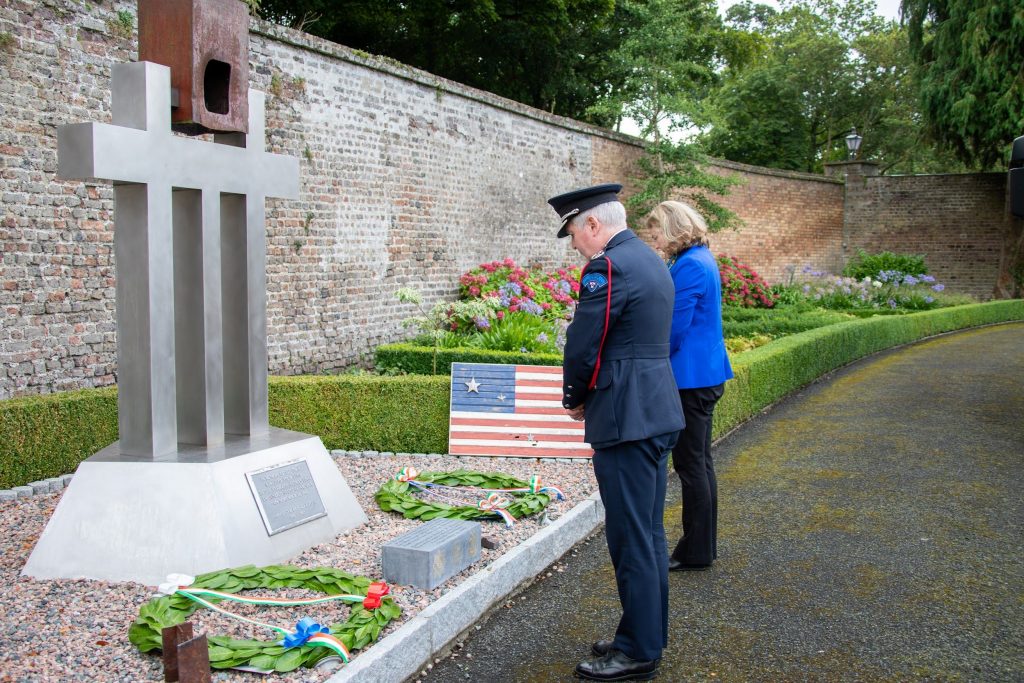 The Dublin Fire Brigade said they were "honoured" to have been invited to take part in the 20th aniversary memorial, and the US Embassy thanked them in turn.

The US Embassy in Dublin shared a series of images from the event, which included a speech from former Taoiseach Bertie Ahern, who was leading the Irish government at the time of the horrific attacks.

Today the Embassy marked the 20th anniversary of the #September11 attacks, in front of the 9/11 Memorial Monument at the US Ambassador’s Residence. Thank you to our partner @DubFireBrigade 🇮🇪🇺🇸 #NeverForget pic.twitter.com/cMfw1YBqkJ

According to The Irish Examiner, Mr Ahern told those present he would "always remember that day, as everybody will.

"There are certain things in your life that you will always remember where you were."

Ambassador Ms McKnight paid tribute to the "Irish-American friendship, [which] has been strong and constant.

"Our bond throughout history’s triumphs and tragedies has been unbroken, and our common roots grow deeper every year.

"When history visits America, as it did 20 years ago, the impact here in Ireland is immediate, and so is our solidarity."

The event also included speeches from Dublin Fire Brigade's Chief Fire Officer Dennis Keeley, as well as the raising of the American flag and the singing of Ireland and America's national anthems.