IRISH international footballer Darron Gibson has been told he faces a jail term after admitting to drink-driving for the second time in three years.

Gibson, who has 27 caps for the Republic of Ireland, was found to be three times over the legal alcohol limit after crashing en route to Sunderland's training ground on St Patrick's Day.

The Derry native, 30, had his contract with Sunderland terminated following the March 17 incident and remains unattached.

South Tyneside Magistrates' Court heard how the Irishman clipped a taxi's wing mirror in West Boldon and later crashed into parked cars in Dovedale Road, Fulwell after failing to stop.

His grey Mercedes 4x4 came to rest on the pavement and the road was covered with debris.

Chairman of the bench David Randall told the footballer he was likely to be imprisoned because the offence was aggravated by the length of time over which it occurred, his failure to stop after hitting the taxi and the damage caused to the parked cars. 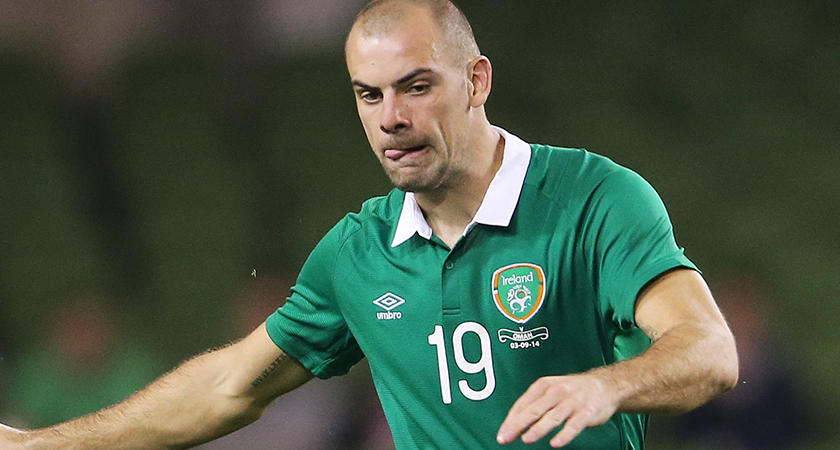 Darron Gibson, 30, has made 27 appearances for Ireland (Image: Inpho.ie)

The taxi driver had followed Gibson in hopes of exchanging details with him before the 30-year-old drove several more miles and crashed once again.

Gibson was found to have 105 mcg of alcohol per 100ml of breath. The legal limit is 35mcg.

In 2015, the former Manchester United midfielder admitted to drink-driving, careless driving and failing to stop at the scene of an accident after colliding with three cyclists in Altrincham, Greater Manchester.

He was sentenced to a 12-month community order and banned from driving for 20 months at the time.

Speaking today, Rebecca Laverick, prosecuting, said Gibson's speech was "slurred" when he was pulled over following his actions on St Patrick's Day.

She said: "The defendant was spoken to at the roadside, police officers established he was under the influence.

"He said he had had two drinks the night before. That didn't coincide with the manner he was presenting in, his speech was slurred and he smelled of alcohol."

Henry Blackshaw, defending, said his client was having treatment for "underlying medical causes" at the time of both collisions.

Gibson, who lives in Hale, Cheshire, will be sentenced on May 25 pending medical reports and was told he faces a jail sentence as well as a driving ban of between 36 and 52 months.