DARRON GIBSON should be in his prime. At worst, his career should be winding down.

Instead, at 29, it has never really taken off.

It is over 11 years now since the Irish international made his debut for Manchester United against Barnet in the League Cup, a competition he would subsequently win with United.

Yet that particular high has masked a number of lows, the main one being the stats surrounding his career.

In the 11 seasons since his debut, Gibson has managed just 105 starts in English football. And while a further 50 appearances have come off the bench – not to mention a stint in Belgium with Royal Antwerp – the overriding opinion can’t be lost.

This has been a career that has failed to live up to its early promise. And yet where there is hype there is hope.

Last month, David Moyes – the same David Moyes who spent £500,000 signing Gibson from United when he was still in a job at Goodison Park – has given him a second chance at Sunderland.

Their first date couldn’t have gone much better, either. A 4-0 win, away at Crystal Palace, didn’t just lift the gloom on Wearside, but also among those who still believe Gibson can return to the Ireland panel.

“The thing with Darron is that his passing range is second to none,” said Seamus Coleman, the Irish captain. “So, of course he could get back into our (international) squad. He’s a top talent.”

But can we still say that about him?

Prior to his appearance as a substitute against Crystal Palace, Gibson’s previous game was for Everton’s U23s against Blackpool in the Football League Trophy. And the match before that was a League Cup game against Yeovil. Was Moyes buying the player Gibson used to be or a player who can still become something great?

“I had to try something,” Moyes said. But here is the thing. So did Gibson.

I’ve seen loads and loads of players in my time, men with enormous potential who never fulfilled it. I’m not saying that’s the case with Darron but I’ve seen that so often 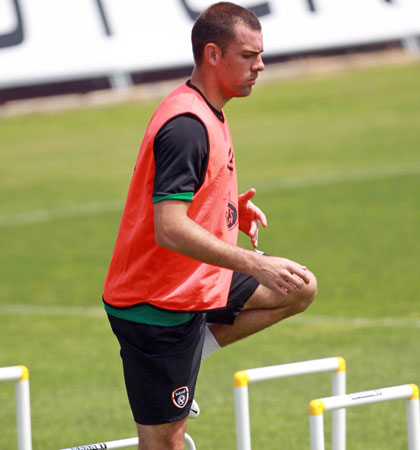 At Everton, he was stuck in a rut when his place in the Ireland squad disappeared. Euro 2016 should have been his moment. Instead, he didn’t even make the panel.

“First of all you have to have a desire to go and play,” Martin O’Neill said, by way of explaining why Gibson didn’t get to France. “Clearly, the more games you are playing competitively gives you a better chance. I like Darron. He looked a really good player at Man United.

“It looked as if everything was going his way. I’ve seen loads and loads of players in my time, men with enormous potential who never fulfilled it. I’m not saying that’s the case with Darron but I’ve seen that so often.

"A player can be inflicted with injury and never seems able to get rid of it. That looks to be the case with Darron. Every single time that he looks to be getting fi t, something crops up again and it’s a major setback for him.”

To be fair to Gibson, injuries have interrupted his career. Many of his recent difficulties can be traced back to the knee ligament injury he suffered while playing for Ireland against Kazakhstan in a World Cup qualifier back in October 2013, when Noel King was temporarily in charge.

Prior to then, though, he didn’t help himself. At Euro 2012, he didn’t play and – feeling hard done by – he went on a sabbatical from the international team for the last year of Giovanni Trapattoni’s reign.

“For my sake, I couldn’t wait to get home after the Euros because I probably would have done something I’d have really regretted if I had to stay there one day longer,” Gibson said of that tournament. 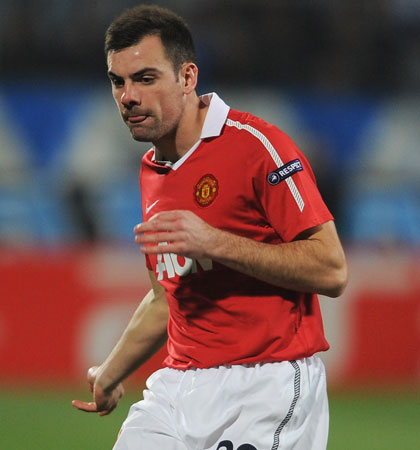 Gibson playing for Manchester United in the last 16 of the Champions League against Marseille in 2011 (Image: Getty/Michael Regan)

"But because we literally went back to the hotel after the final game, packed our bags and left, not much was said.

“A few players left on a bad note. We were all devastated because it was not a good tournament. It was utter disappointment for so many of us and for me personally, it was the low-point of my career.”

With all this in mind, joining a club staring at relegation may seem like a bad idea to some, but to Gibson, it was the best offer he’s had in about five years – when Moyes last signed him.

“I feel good coming here,” Gibson said last week. “I have trained all season, so hopefully it won’t take me long to get in the swing of things.

"Growing up at Manchester United and playing under Sir Alex Ferguson, I was taught to look forward, so I like to think I am quite good at that.

"Having worked under David Moyes before was a big influence. I needed out of there. There were a few options but nothing I fancied as much as this. It will be a challenge but I am looking forward to it.”

You can only hope he takes it. After all, this latest chance could also be his last one.