THE IRISH Government is “failing miserably” to help reunite families split up in mother and baby homes, the Dáil has been told.

Fianna Fáil TD Robert Troy made the claim as Children’s Minister Frances Fitzgerald was grilled on her response to the forced adoption scandal highlighted by Oscar-nominated film Philomena.

Mr Troy accused the Government of adopting a “deny until we die” strategy towards the children who were taken from their mothers in Church-run institutions.

Thousands of victims of forced adoption, which was practised across  Ireland between the 1920s and 1970s, are believed to have fled to Britain.

Referring to Ms Fitzgerald’s long-delayed legislation on releasing more information to families separated by the shocking practice, Mr Troy added: “At present, the basic human right of any individual to know his or her identity is being denied.”

Ms Fitzgerald said she rejects “absolutely” the claim she is trying to slow down the law’s progress, which she first promised three years ago.

The Fine Gael TD added that Mr Troy was underestimating the complexity involved in the legislation, explaining that she is requiring constant contact with the Attorney General to draft it.

Her comments came a week after Adoption Rights Alliance accused successive Irish Governments of “running scared” from victims of forced adoption because of the scale of the scandal. 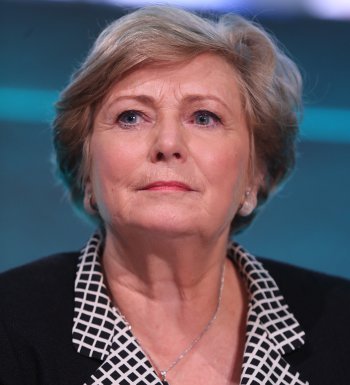 The campaign group has been heavily involved in the Philomena Project, which aims to pressure the Irish Government into releasing more than 60,000 adoption files.

Independent TD Thomas Pringle also raised questions about the resources put into efforts to help those already requesting State-held files about their adoption.

“I have heard reports that only a small number of staff are dealing with the archive and that they are unable to research the files in a timely fashion,” Mr Pringle added.

His comments came after Eileen Quinn, whose mother lost a child to forced adoption in Ireland’s Sean Ross Abbey, painted a worrying picture of the task facing those working in a major HSE archive of files in Cork.

“They told me that all the records were lying in boxes and not indexed,” Ms Quinn told The Irish Post.

“It was just a team of volunteers and one part-time social worker looking through thousands of names written by the nuns on paper, with nothing fully detailed and some information missing.”

Responding to Mr Pringle, Ms Fitzgerald said work was underway to organise 25,000 files recently handed over to the Child and Family Agency, adding that the organisation would consider redeploying staff to boost the size of its tracing service in an upcoming reorganisation.

Ireland to bake in 20 degree weather over Easter weekend

Young Irish nurse pleads with public to stay home, as she recovers in hospital from Covid-19

Irish girl, 8, sends adorable thank you letter to Dr Holohan & asks if he can reopen zoo for her birthday