IRISH kayaker, Morgan Savage, whose body was found on an Isle of Wight beach last month, had sustained knife wounds to his neck and wrist, it has emerged.

His body was found by a couple walking along Yaverland Beach, Sandown, on the Isle of Wight on Friday, September 11.

The discovery inspired a five-weeklong national media campaign to identify him. 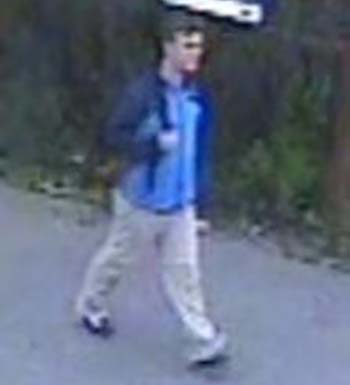 An inquest opened by the Isle of Wight Coroner’s Office on Tuesday, October 27 revealed that 40-year-old Mr Savage was a doctor, originally from Co. Cork.

It confirmed that his body showed two open wounds; one on his left wrist and another on the right side of his neck.

Coroners’ Officer Alison Rowsell told The Irish Post: “Both injuries sustained appear to be in line with those caused by the use of a knife.”

Following the launch of the inquest into Mr Savage’s death, the Coroner’s Office will now conduct further enquiries, including studying his medical records and collecting statements.

Hampshire Police earlier confirmed that Mr Savage was residing in Dublin, after the release of CCTV footage and an e-fit in a bid to identify him.

Mr Savage was last seen at Brighton Canoes, in Newhaven, Sussex, at around 4pm on Tuesday, September 8 and was described at the time as having an Irish accent.

His body was found three days later inside a yellow and black ‘blow up’ Sevylor Conrad kayak at 7.15pm.

He was attended to by a paramedic, but Mr Savage was pronounced dead at 7.50pm.

A post-mortem was conducted on Thursday, September 24, which concluded that Mr Savage had sustained a stab wound to the neck.

A family member formally identified his body on Monday, October 19.