WARNING signs have been erected at a popular beach in Co. Donegal after a toddler had to be saved by his mother due to sinking suddenly in quicksand.

The three-year-old boy was playing on Carrickfinn Beach with his mum Diane Robinson last weekend when he sank up to his waist in a matter of seconds.

Ms Robinson managed to pull her son out to safety and posted a warning to other beach-goers urging them to beware of the deceptively treacherous sand at the water's edge.

"Just a wee heads up, especially with so many young families walking the beach over the Christmas/New Year," she wrote.

"I've walked Carrickfinn Beach for years and never experienced what I did yesterday, and I just want others to be fully aware.

"At the Ballymanus/airport side of the beach, at the small rock pools, my kids were happily splashing in their wellies in water of no more than 2/3 inches.

"Suddenly, my 3 year old sank to his knees. In the seconds it took to run to him, he was in to his waist. 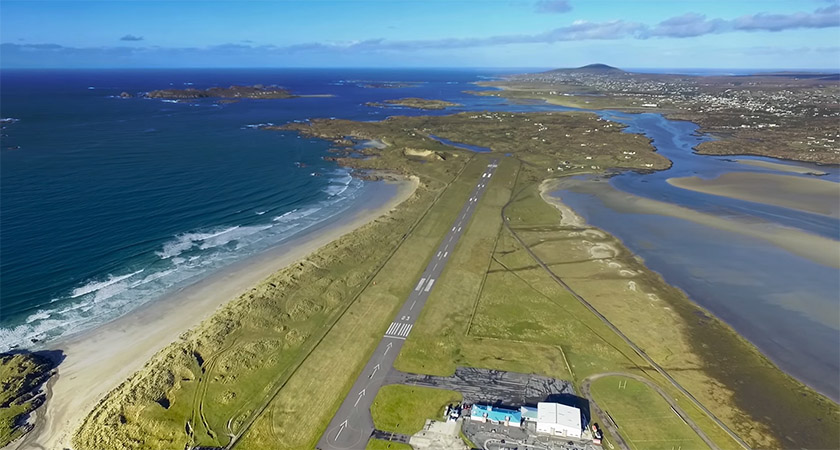 "I had no leverage to pull him out so I had to get in beside him, and I sank to my thighs".

Ms Robinson said she was lucky that she was able to push her son out of the sand before using a rock to get herself free.

The Annagary native warned that "a child by themselves, or a family pet, might not be able" to do the same.

"We've lost many a wellie in Annagry tide/Carrickfinn over the years, but nothing like this.....it was scary stuff! So just be aware; it's not always as safe as it may look. Take care," she said.

Another mum, Sarah Anne McGinley, described how "the exact same thing" happened to her son last year when she was pregnant and he was aged just two-and-a-half.

"I was so shook up afterwards, we got the fright of our life," Ms McGinley replied.

"I was standing right beside him, he just sank. I went down right up to my thighs too.

"I managed to get my hands under his bum and pushed him out... So scary, I was pregnant as well."

Donegal County Council has since placed warning signs along the blue-flag beach urging members of the public to be wary of quicksand.

Carrickfinn, which has lifeguards on duty between June and September but not during winter, lies adjacent to Donegal Airport – which has consistently been voted among the most scenic in the world in recent years.