A SOLDIER jailed for hate crimes after taunting a woman with racially abusive WhatsApp messages has been revealed to be an Irishman from Dublin.

Graham Bolger, a 23-year-old British Army Guardsman, sent a number of racially abusive comments about Turkish people and Muslims to a woman between July 2017 and November 2017.

The shamed soldier was thrown out of the Army after his messages were exposed in court.

The Sun reports that Bolger, who talked about killing Muslim children and claimed to be a Nazi, is originally from Clondalkin in west Dublin.

He was sentenced to 24 weeks in prison at Uxbridge Magistrates' Court in January after admitting two offences of intentionally causing harassment, alarm or distress which was racially or religiously aggravated.

His sentence was later uplifted from 16 weeks to 24 weeks after the CPS convinced the court that Bolger's actions amount to a hate crime.

Videos played at Bolger's trial showed the Dubliner performing a Nazi salute in his army uniform at the Infantry Training Centre in North Yorkshire. 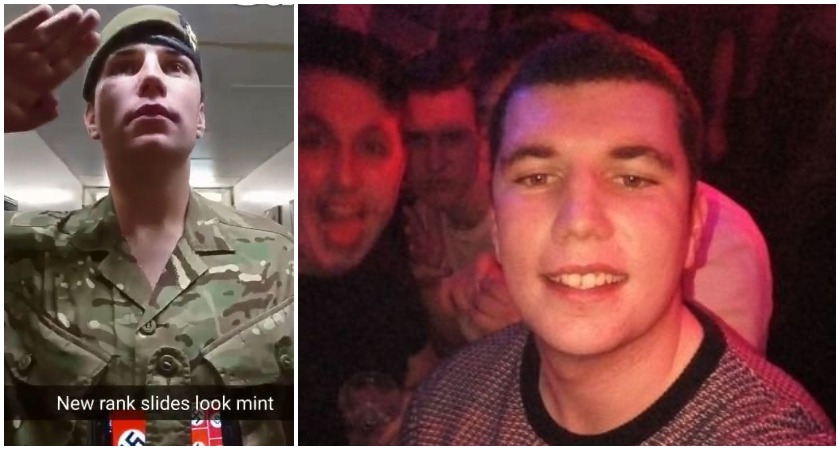 His messaging of the woman was described as a campaign of hate – in one instance telling her that he joined the Army to "wipe out" Muslims.

He also told her that Hitler was "brilliant" and praised the Holocaust, branding Jews "money-grabbing c***s".

After an internal review was ordered by General Sir Nick Carter, Bolger was promptly kicked out of the British Army.

“The Army has concluded its considerations in relation to this case, but we are not prepared to release any personal information about this individual,” said an Army spokesperson.

She added: "Where a hate crime has been committed the CPS will always apply to the court to apply the law and give an ‘uplifted’ sentence which properly fully reflects the nature of the crime.

“The evidence provided by the prosecution, following a thorough police investigation, included social media messages and witness testimony and was pivotal to him pleading guilty to his crimes.

"I hope this prosecution empowers other victims of hate crimes to come forward and stop others from also being subjected to vile abuse."

Gardai appeal for information after disappearance of two schoolgirls