PRESIDENT of Ireland Michael D Higgins has offered his condolences to the Bush family following the death of George Bush Senior.

President George HW Bush passed away at around 10.10pm local time on Friday at the age of 94.

In a statement today, President Higgins said President Bush would be remembered for his long life of public service.

“People in Ireland will have learned with sadness of the death of former President of the United States of America, George HW Bush,” said President Higgins.

“President George Bush will be remembered for his long life of public service to the people of the United States and as a President who led his country at a period of significant change at national and global level, between the end of the 1980s and mid-1990s – a period of deep challenges to the multilateral institutions. 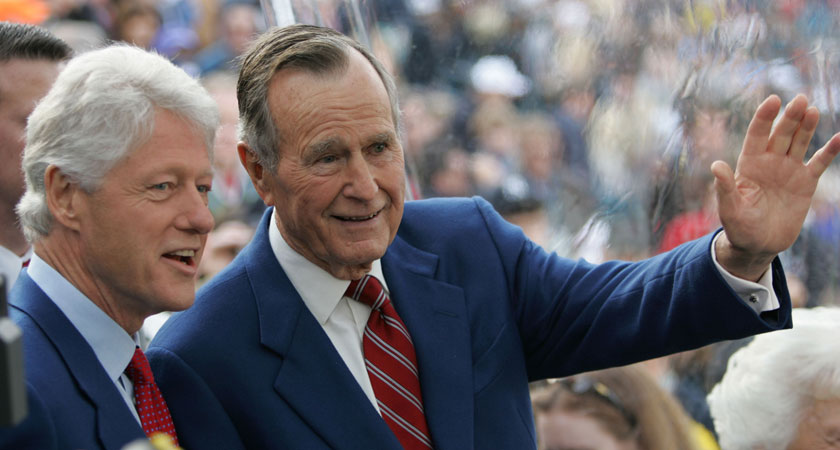 “To his Presidency of the United States he brought all of the energy and the values he cherished, drawn from his Texas and Massachusetts roots.

“He will be remembered, too, for the directness with which he expressed his policy principles and his efforts to achieve bipartisanship.

“On behalf of the Irish people I offer our deepest sympathies to his family and to the people of the United States."

“Sympathies to the Bush family on the death of George HW Bush. He was a notable President who left his mark on US politics,” he tweeted.

Meanwhile Irish Ambassador to the US, Dan Mulhall, shared an image of a note the President left to his successor, Bill Clinton, saying: “It shows his qualities as a human being.”

In the letter, the outgoing Republican President offered support and encouragement to his Democratic successor, adding: “Your success now is our country’s success. I am rooting hard for you.”

What a fantastic letter from President George H. W. Bush to his successor, President Clinton. It shows his qualities as a human being. May He Rest In Peace. https://t.co/v2ljwZ17lp

Who is Ronan Tynan? 11 things you need to know about the Irish Tenor