THE OWNER of a number of Irish pubs in New York City is offering anyone who donates blood a free pint of Guinness.

Martin Whelan, the son of of two Irish immigrants from Dublin, has partnered up with the New York Blood Centre, who are in desperate need of donations, to organise the tasty initiative.

It's called "Give a pint, Get a pint," and it's been running since Monday.

Whelan's Rivercrest Restaurant in Astoria was the first to put itself forward, but the Irish-American plans to host plenty more blood drives in pubs and restaurants up and down the city.

"They give you a pint of Guinness when you donate blood in Ireland, so why not here too?" Whelan told the Irish Voice.

He said he got the idea for the scheme while on a run in his Long Island City.

After noticing a sign for blood donations, he immediately offered a pint of his own "and it made me feel good. I felt like I was doing something positive through all the negativity," Whelan said. 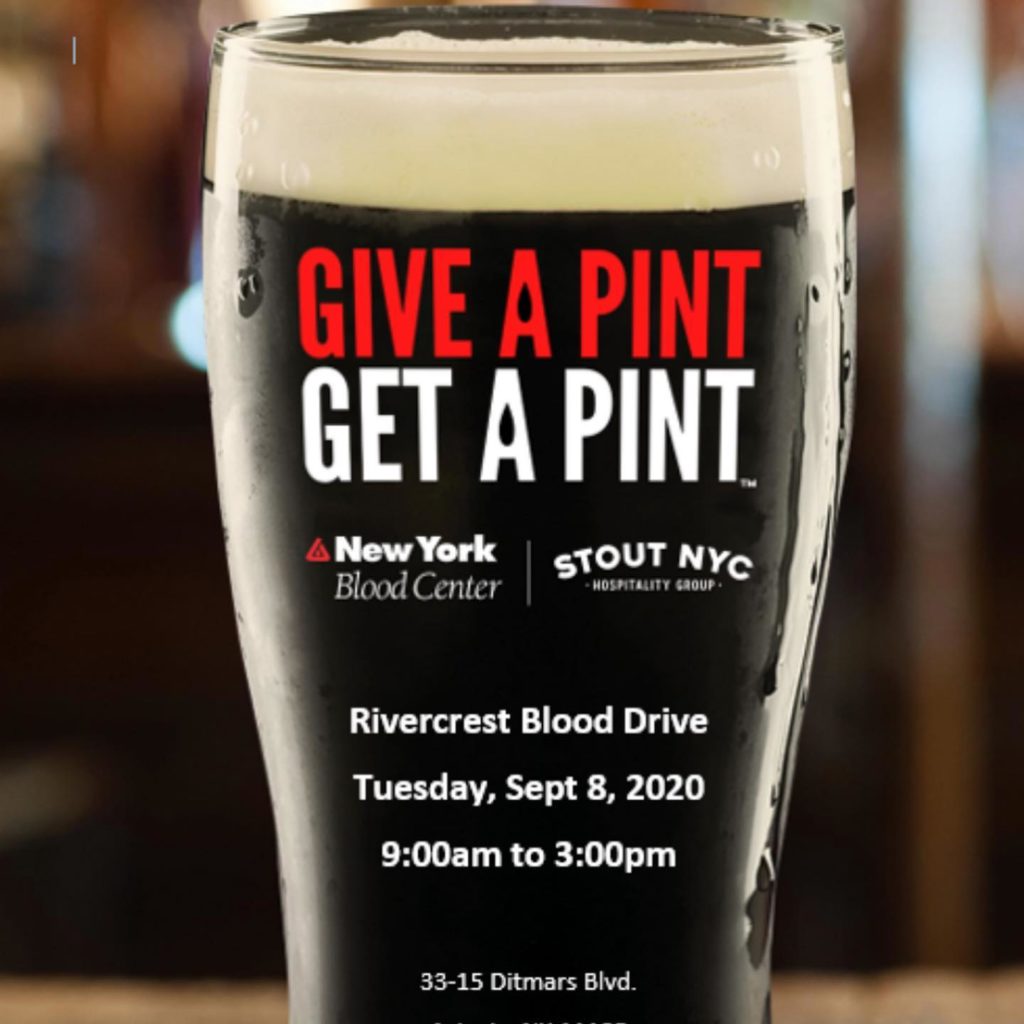 Rivercrest Restaurant took to their Facebook page on Tuesday to thank everyone who were kind enough to donate.

"A huge thank you to everyone who came out to donate yesterday!

"Because of the amazing success of yesterday’s event and the urgent need for blood, we will be hosting another blood drive one week from today.

"Keep an eye on our profile link to make your appointment."

New York City has been hit particularly hard by Covid-19, and at one point it was the epicentre for the virus worldwide.

Because of this, blood donations are more important now than ever, and Whelan says that he hopes the Give a pint Get a pint initiative will encourage more people around the country to do the same.

NHS calls upon Irish in Britain for blood donations