A MOTHER-OF-FOUR has tragically died in an incident involving a dumper truck.

Bridget Curley was helping to renovate her next-door neighbour's garden when the tragic accident happened. 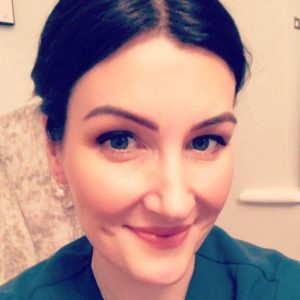 As part of the renovations, Mrs Curley was moving earth in a sloping garden but is reported to have been killed instantly when the dumper tipped over on top of her.

The incident happened outside her home in Dollis Hill, north west London at approximately 10.20am yesterday morning (Monday, May 14).

She was rushed to hospital where she was later pronounced dead.

Mrs Curley, who was in her 30s before her untimely death, attended St James Catholic High School in Colindale, north London in her younger years and was a beloved mother and wonderful addition to her community.

Speaking to the Evening Standard, a relative of her husband Padraig Curley said: "She put light in a room when she came in. She was a great mum. She had four children and she doted on her children, all girls from teenagers down to one year."

They also said that the family was devastated by the tragedy.

"She had a great personality. We are all devastated. Her husband is in total shock. I have spoken to him," they confirmed.

Mrs Curley (née Taylor), whose parents hail from Co. Kerry, was proud to have grown up in a "big Irish family".

She met her partner Padraig, who hails from Belmullet, Co. Mayo, in 2011 and together they decided to plan a truly Irish wedding.

They wed on St Patrick's Day (Thursday, March 17) in 2016,  at the Clayton Crown Hotel in Cricklewood.

They shared their celebrations with The Irish Post, as we reported at the time.

Ms Curley is survived by her husband and four daughters.