The incredible Batman outfit, which comes with 23 functioning gadgets appears in the new Guinness World Records Gamer’s Edition 2017, out on 8 September.

Galway-based Checkley is a “special creature effects expert” who got his break working in London.

He started a specialist make-up/beauty-therapy course in London School of Fashion before getting work at the Bristol Old Vic Theatre School and finally found his calling working in film and TV for over two decades.

“When I was about seven  years old I made my first cosplay costume, a little Darth Vader costume”, says Checkley.

Inspired by Stars Wars and his love of comics, the Batman fan set up his small company Order 66 Creatures and Effects in Spiddal, Co. Galway.
Checkley specialises in “creating creatures, costumes and effects for film, TV” and says the World Record challenge started out "as just a bit of fun."

Watch the incredible video of Batman in action below… 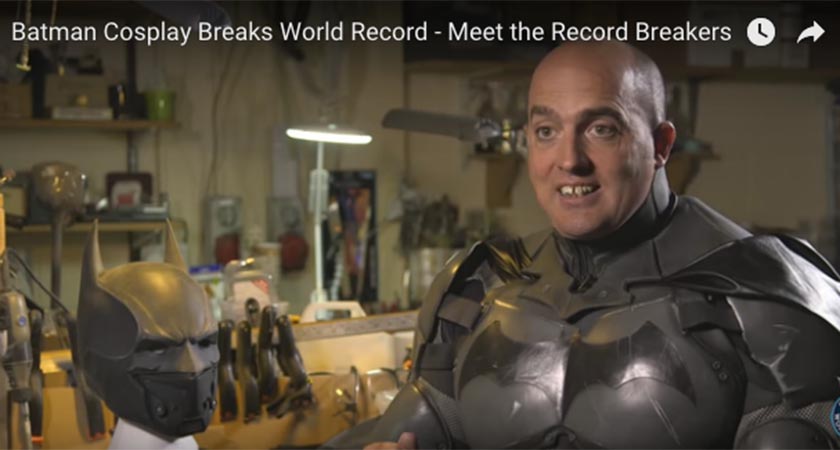 Checkley says it took “hundreds of hours” to build the incredible suit.

The Batsuit includes smoke bombs, a grapnel gun and ‘bat tracker’, UV lamp, NBC (nuclear, bacterial, chemical) bat respirator and even a bat sign projector for the night sky.
The suit, which is based on Bruce Wayne’s outfit from the Batman: Arkham Origins videogame, was 3D printed and then moulded and cast in a flexible urethane rubber.
The parts were then trimmed, detailed and painted, before being mounted on a specially designed undersuit.

When wearing the suit, Checkley “strikes an imposing figure, towering over 6”10’ (208cm).”

And while he loves his suit, constructing it was no easy task.

"There were many long hours trying devising the gadgets and finding ways to store them on the suit. They are classic gadgets but also some are specific to Batman: Arkham Origins. I am immensely proud of my Guinness World Records title and to be part of the Gamer’s Edition is just the next level.”

Speaking to The Irish Post, Checkley says there is no way he could put a monetary value on the suit. "It's priceless", he says, but his Canadian wife Margaret is not that fussed about the Batsuit. "She's not into it at all, she thinks i'm a big kid like everyone else does", he says laughing.

Asked how he's going to celebrate his success, Checkley says it won't be anything over the top, "just a few pints with the lads." 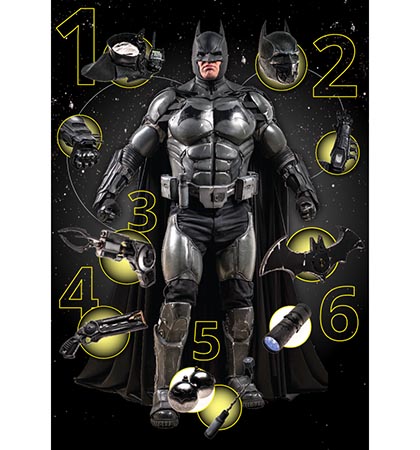 Watch the video of Batman in action here…