AN IRISH father who promised to do all his power to find the person responsible for the death of his daughter has made good on his pledge.

Denis Glennon, from Westport in Co Mayo, was present at the West Australian Supreme Court in Perth to see Bradley Edwards, 51, be convicted of the murder of his daughter, Ciara.

Edwards was found guilty of the murder of Ms Glennon, 27, along with another woman Jane Rimmer, 23, in 1997 and 1996 respectively.

Mr Glennon was born in Westport Quay and lived in North Mayo in the mid-1970s, according to the Western People, working for the Bord na Móna at the time.

He subsequently moved to Australia with his family with his daughter, Ciara, growing up to become a respected solicitor.

However, their happy existence was shattered following her abduction and murder in Perth later that decade.

Speaking outside of the court in the wake of verdict handed down, Mr Glennon recalled the promise he made to his daughter at her graveside – and the courage she showed until the end.

Indeed, it was traces of DNA found under Ms Glennon’s finger nails that provided the breakthrough, years later, following advancements in forensic science.

It helped police close the net on Edwards, who now awaits sentencing, and also ensured her father got the justice his much-cherished daughter deserved. 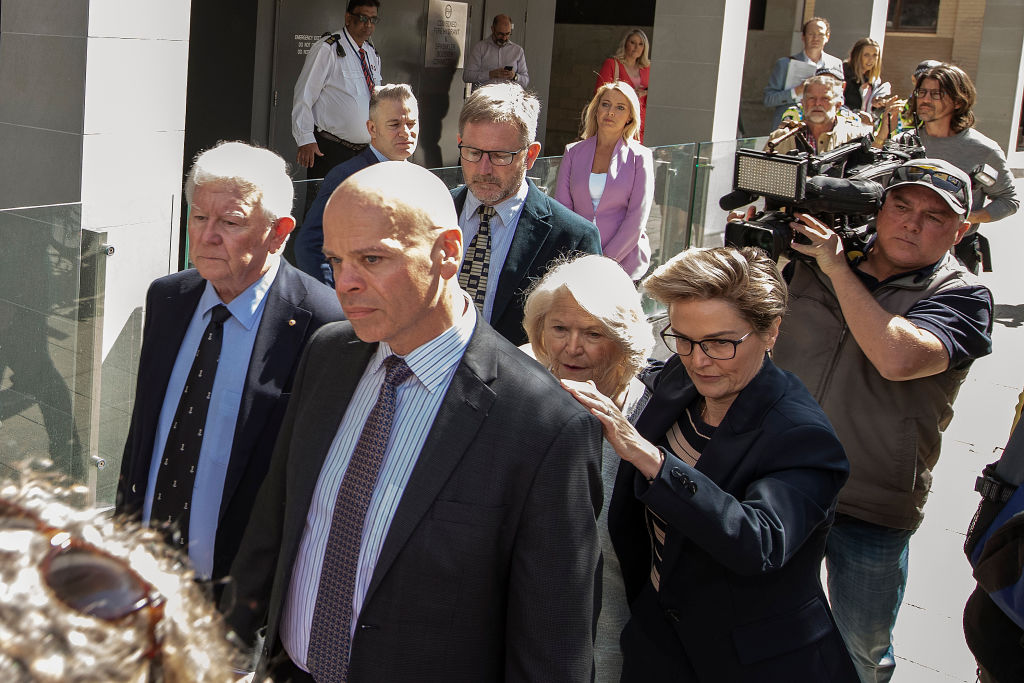 Denis Glennon (R) and Una Glennon (centre) father of Ciara Glennon with their daughter Denise Glennon leave the Supreme Court of Western Australia on September 24, 2020 in Perth, Australia. (Photo by Will Russell/Getty Images)

“After her funeral, I visited her grave alone and made a personal commitment to her. I told her I would do all in my power to find the person or persons responsible for killing her or I would die trying,” he said.

“Since then, that promise to Ciara has driven me unwaveringly and unapologetically.”

Even so, Mr Glennon admitted there will always be a void in his family’s life, an absence keenly felt even now, more than two decades on.

“There’s always somebody missing, a conspicuous absence, an empty chair. Her silence speaks louder than our words. We miss her acutely.”