JAMES MCCLEAN has launched a blistering attack on Declan Rice and any other Irish player tempted to follow the West Ham midfielder into the England squad.

Speaking to RTE in the wake of Ireland’s 1-0 win over Georgia, McClean told anyone considering following Rice’s path to "sod off and play for someone else".

McClean represented Northern Ireland at under-21 level before switching to the Republic where he played alongside Rice until the Hammers star decided to make himself available for England. Despite his own experiences, however, McClean gave Rice short-shrift in an interview with RTE.

"I was with Derry City when I got the call-up to play for the North, and I turned it down because it's not my country, it's never been my country. I'm an Irishman.

"It's not just Declan, it's anyone else. If you're not proud to be here and we're a stepping stone, then sod off and play for someone else.

"I'm an Irishman. I grew up on the island of Ireland, simple as that. We only want players here who want to play for Ireland, who feel Irish and are proud to be Irish." 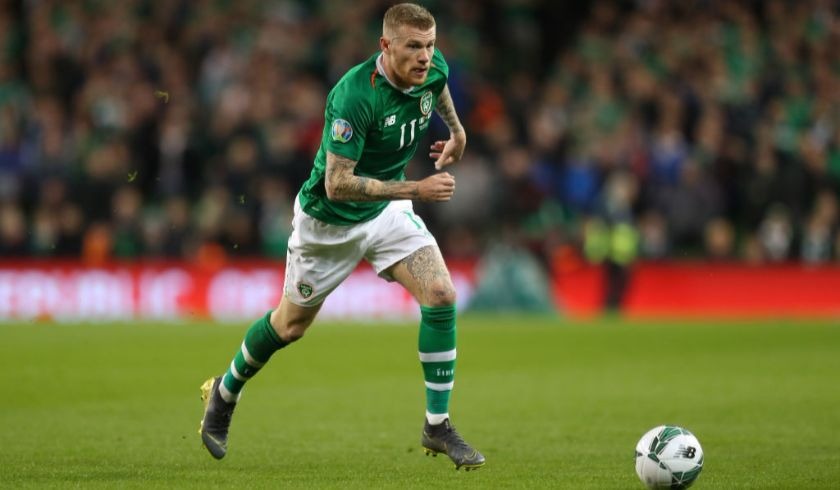 Rice made his first appearance for England last Friday, after coming on as a substitute in England’s 5-0 win over Czech Republic.

He went on to make his full England debut on Monday night against Montenegro in a 5-1 win for the Three Lions.

Both Ireland and England have started their Euro 2020 qualifying campaigns with back-to-back wins.