JFK visited Ireland on this day in 1963

Thousands take to the streets of Dublin to welcome the President

PRESIDENT JOHN F. KENNEDY arrived in Ireland 56 years ago today as he embarked on his first - and only - state visit to his ancestral home.

Thousands lined the streets to welcome the young leader as his motorcade cruised its way through the streets of Dublin.

Thousands take to the streets of Dublin to welcome the President

In typically whimsical fashion, Kennedy began his introductory speech by saying: “It took 115 years to make this trip, and six thousand miles, and three generations.”

He was of course referring to his Irish roots where the President’s great grandfather had fled The Great Famine, sailing from New Ross, Co. Wexford, just a few miles from the Kennedy family home, to America's east coast.

During his visit, Kennedy, travelling without a heavily pregnant Jackie, met with Irish President Eamon de Valera, as well his wife Sinead, who recited a poem about emigration and exile that would ultimately stay with Kennedy for a long time.

So impressed was JFK that he incorporated the words in his final speech before departing from Shannon.

“Well, I am going to come back and see old Shannon’s face again, and I am taking, as I go back to America, all of you with me,” he said.

Before he left though, he dropped in on his Irish cousin, Mary Ryan, who held a garden-party for him in the grounds of their ancestral home. 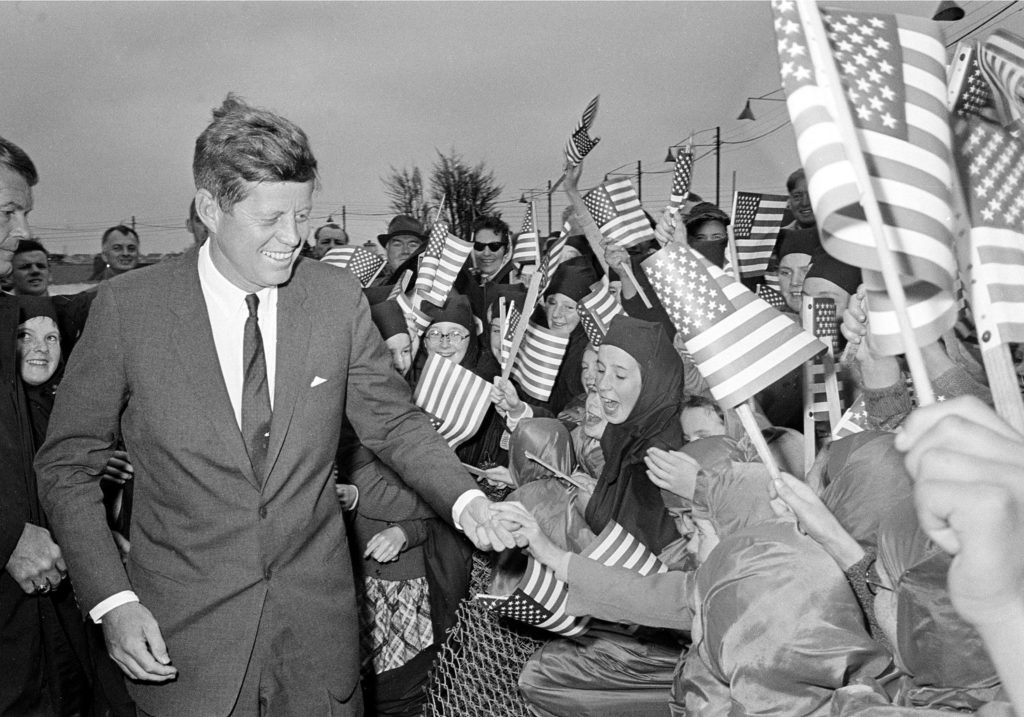 In typical Irish mammy fashion, Mrs Ryan gave her famous relative a warm welcome, but couldn’t be doing with all the Secret Service protocol and Presidential red-tape.

She walked right up to Kennedy to give him a kiss hello - which is usually a big no-no, after JFK cut a ceremonial cake she demanded that he give her the first slice, and when the President informed his cousin that he had to leave, she responded by saying: “Oh, you’re not going yet.”

Sadly, he would never return, nor see old Shannon’s face again, as months later he was assassinated in Dallas.

But the impact of his visit still resonates with Irish people. Kennedy helped to publicise and legitimise the strong link between America and Ireland which still exists to this day. May he rest in peace.