The Jockey's Journal: 'English racing needs to wake up and smell the coffee'

IF I was younger and starting out in racing all over again, I don’t think I’d be coming to England.

As society goes here, people rush around a lot and there’s little time for a breather it seems.

Perhaps it’s part of the culture to overwork one’s self, seven days a week, and as a result you get a lot of people who are just not enjoying life.

It seems to me that the whole working life here is all wrong, and it’s no different in my profession.

In England, it’s not uncommon for me to go down to a track like Exeter or Lingfield and I’ll actually make a loss. If I was to tell someone I paid for myself to go to work today, they’d look at me and say ‘you what?!’

In my last two seasons as a jump jockey, before switching to the flats, I was working on the basis that if I could just earn a good profit for three days a week then I’d be ok if I drew a blank the other four.

But then sometimes them four days would have to turn into two days, or else you’d end up paying for yourself to go to work, and that’s so frustrating.

If you look at France, it’s a lot more relaxed and people seem to enjoy their work a lot more.

Deauville Races was on all last month and it was nice to be back out there – I didn’t land a winner, which was frustrating, but I enjoyed it.

When owners go to France to watch the racing, they can never believe how relaxed the atmosphere is and how enjoyable it is, and the same goes for us jockeys. 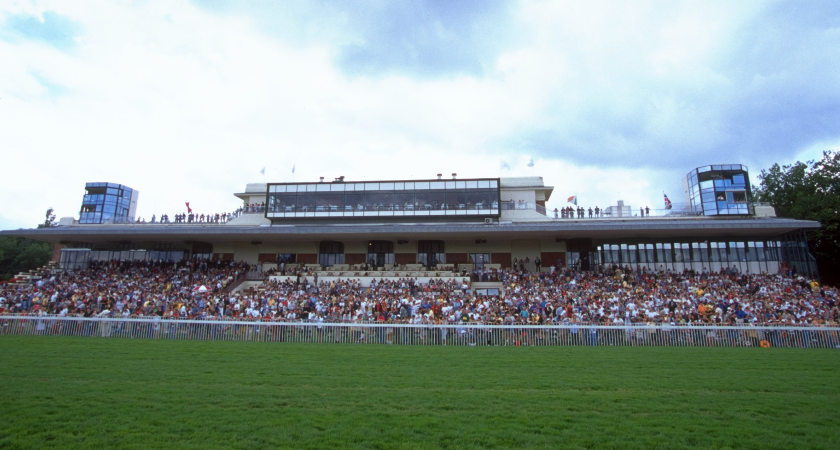 Deauville has an atmosphere like nothing in England [Picture: Getty]
French racing can be so competitive, but that’s because the prize money is unbelievable, with jockeys getting 10 per cent all the way through. Compare that to England, where we get 7.2 per cent of the prize money for a win and 4.5 per cent for a place.

In Ireland it’s 10 per cent for jockeys too, but the prize money can’t compete with England or France.

I’ve heard the top 30 flat jockeys in France have earned over £1million in prize money over a recent period of time and I know a few owners have said they’re considering investing in horses there.

I met a few people out there who were at the Deauville Races for the first time, and they were in awe of the place.

In Britain, we’ve flooded the market – we’ve got a lot of races every day and a lot of horses running, meaning the prize money just isn’t there.

For instance, there was a flat jockey in France who told me he was offered Sir Michael Stoute’s job about six years ago, and he turned it down. 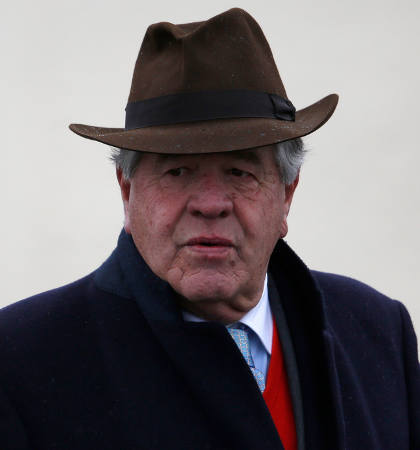 Sir Michael Stoute [Getty Images]
My first thought was that he was mad for turning down such a job, but when he explained, it’s a no brainer really.

He said he couldn’t be doing with English racing; the mileage, the 24/7 nature of the business, the number of races, no family time – and all for less money than he would have already been earning as a jockey in France.

It has got me thinking about what it would be like if the shoe was on the other foot. I have a young family based in north Yorkshire, but if a concrete offer came along for a permanent move to France – and it felt right for us – we’d be crazy to turn it down.

A race of equivalent stature in England would have about £5,000 prize money in total, with around £3,000 going to the winner. And even then, by the time you’ve paid your taxes, transport fees and jockeys fees, you might only come out with £500.

They even help trainers with travel expenses in France; their equivalent of the British Horseracing Authority (BHA) cover the cost of transporting a horse for up to 3,000 miles.

If I was back at square one, I’d be looking to make a go of things in France for the lifestyle or maybe even Hong Kong, where the prize money is even better. And if I was lighter I’d be looking at America.

I know an English jockey who was based out in America for the last six years and when his visa ran out he came back to Europe, but opted for France over his homeland because he’d already sampled the good life there.

In Asia, some racing pots are up to £40,000. They only race three days a week and there’s big demand for English-speaking jockeys and trainers.

I think English racing really has to waken up, the BHA needs to address things, because we have the best jockeys here, the best trainers, yet the worst prize money going – in my view.

It’s a short career we’re in. People might say the top jockeys have earned twice as much as the average person, but they only do so over a short period of time.

Money talks – we’ve seen it in rugby and other sports already – if something isn’t done to change the English way of racing, it’s only a matter of time before we start losing the cream of the crop.