JOE BIDEN has marked the beginning of his time in office with the introduction of significant new protections for America’s transgender community.

The Irish-American Democrat signed off on a raft of executive orders after being sworn-in as the 46th President of the United States.

They include plans to tackle the ongoing Covid-19 crisis, the US rejoining the Paris Accord on climate change and the scrapping of work on the construction of a Mexican border wall.

However, the most notable of the new executive orders focuses on “preventing and combating discrimination on the basis of gender identity or sexual orientation”.

Biden has signed off on the order which will ensure, among other things, that transgender people face no discrimination when it comes to education, healthcare and employment.

The order reads: “Every person should be treated with respect and dignity and should be able to live without fear, no matter who they are or whom they love.

“Children should be able to learn without worrying about whether they will be denied access to the restroom, the locker room, or school sports.

“Adults should be able to earn a living and pursue a vocation knowing that they will not be fired, demoted, or mistreated because of whom they go home to or because how they dress does not conform to sex-based stereotypes.

“People should be able to access healthcare and secure a roof over their heads without being subjected to sex discrimination.  All persons should receive equal treatment under the law, no matter their gender identity or sexual orientation.” 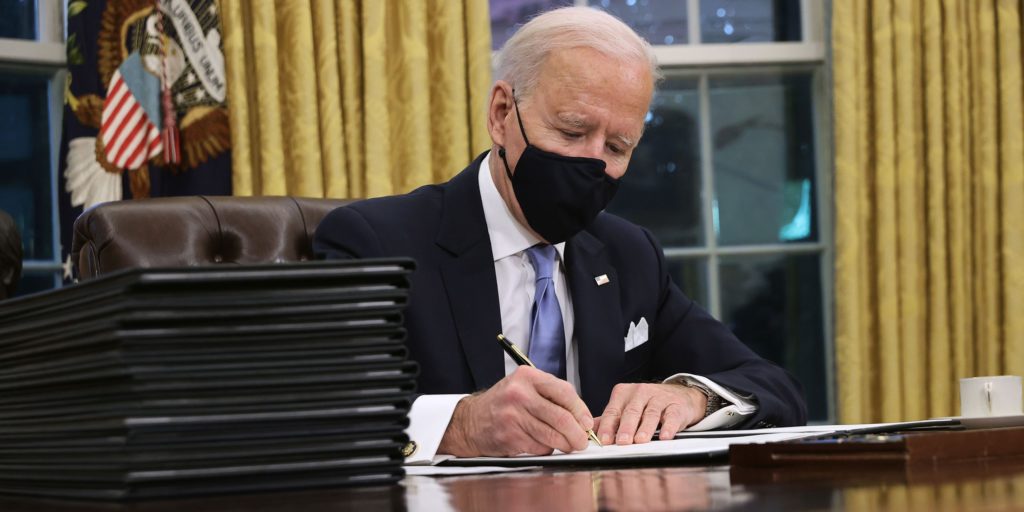 The news has been welcomed by LGBTQ+ groups and supporters.

“We applaud the Biden-Harris administration’s swift action in clarifying that LGBTQ people will be protected from discrimination wherever federal law prohibits discrimination because of sex,” said Sharon McGowan, legal director of the gay-rights group Lambda Legal told the San Francisco Chronicle.

“LGBTQ people can now have confidence that the federal government will actually defend, rather than resist, our right to be free from discrimination.”

“A new day has begun in our nation,” he said.

The Vatican slams 'gender theory' saying it is opposed to faith