According to Business Insider, the 77-year-old has put a trip to his ancestral home at the top of his plans.

The President-elect has been very vocal about his Irish heritage, and mentioned his Catholic roots frequently while on the campaign trail.

Precisely when Biden plans to return to the Emerald Isle isn't clear at the moment, but his visit could be a coup for the Irish Government, particularly with Brexit negotiations ongoing, as support from Biden could heap pressure on the UK and force Prime Minister Boris Johnson to soften his position.

Earlier this year, Biden jokingly told a BBC reporters "I'm Irish" when asked for an interview. 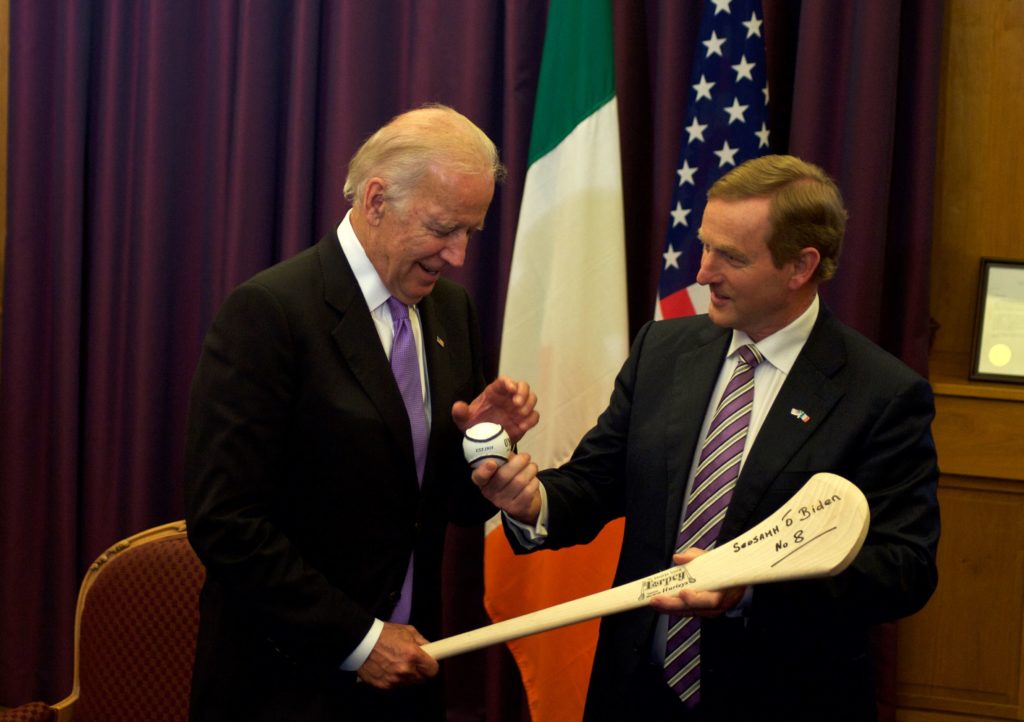 Donald Trump made a state visit to Ireland in 2019, basing himself in his luxury golf resort in Doonbeg, Co. Clare throughout his stay.

Mr Biden last visited Ireland in 2016 when he was vice president under Barack Obama, where he met a number of his Irish relatives in Counties Louth and Mayo.

He wrote a letter addressed to the nation explaining what Ireland meant to him, stressing that the country will be "written on my soul".

Following his victory in the presidential election this month, Irish supporters of Mr Biden rejoiced, celebrating the first genuinely Irish President since JFK to reach the Oval Office.

"It's very much a case of local Joe," said Paul Allen, a spokesman of the Irish for Biden campaign. "He's like your favourite uncle - that's the sort of character he is."

He added: "Everybody in these areas is absolutely ecstatic that one of their own is going to be president. They were really rooting for their local hero. There were sleepless nights, and it's all that people were talking about."