MIKE PENCE, the Vice President of the United States has landed at Shannon Airport to begin his first official state-visit to Ireland.

During his two-day stay, Pence plans to meet with Taoiseach Leo Varadkar and spend some time exploring his Irish roots in his ancestral home of Co. Clare.

On the agenda today for the Vice President is a meeting with the Mayor of Clare Cllr Cathal Crowe, along with  Simon Coveney, the Minister for Foreign Affairs, at Shannon Airport.

Following these brief meetings, Pence will head for President Donald Trump's resort in Doonbeg - where Trump himself stayed during his state visit back in June.

After spending the night at the international golf club, Pence flies to Dublin where he will meet with President Michael D Higgins in Áras an Uachtarain, and afterwards with Taoiseach Leo Varadkar at Farmleigh House.

Lastly he will hold a meeting with the newly-appointed US ambassador to Ireland Edward Crawford, before heading back to Doonbeg for a private dinner. 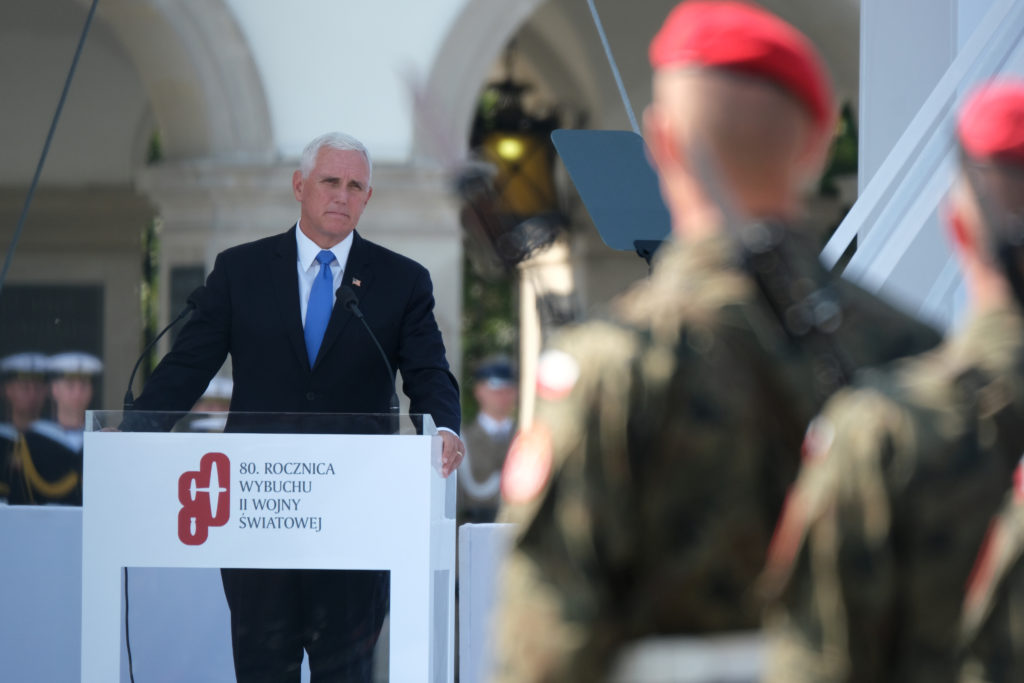 Vice President Mike Pence during his speech at the commemoration for the 80th anniversary of the outbreak of World War II in Warsaw, Poland on Sunday.

It may be Pence's first official state-visit to Ireland as VP, but it isn't his first time in the country altogether.

He has family roots all over the country. His grandfather Michael Cawley emigrated from Co. Sligo to Chicago in the early 1920s and his grandmother Mary Maloney's family were originally from Doonbeg, Co. Clare.

While there is expected to be some opposition to his visit, the Trump administration is generally well liked in Doonbeg, so Pence's visit is likely to be an enjoyable one for him.

Originally, the Vice President was due to arrive in Ireland on Friday, but moved his travel plans up after flying to Poland over the weekend for the World War Two commemorations in place of Donald Trump, who had decided to remain in the US to monitor Hurricane Dorian.

Last month, Mr Pence spoke of how he was looking forward to celebrating his Irish roots as the country is "very near to his family's heart".