VICE PRESIDENT Mike Pence has defended his decision to stay at Donald Trump's golf resort in Doonbeg, Co. Clare during his state-visit to Ireland this week, despite the fact that none of his official engagements were anywhere near there.

He claims that despite the logistical difficulties of staying 160 miles away from where almost all of his meetings were to take place, staying at the President's golf resort Trump National made sense because of the size of his security detail.

Pence told the Associated Press that it was "logical" for he and his entourage to stay in Doonbeg in order "to accommodate the unique footprint that comes with our security detail and other personnel." 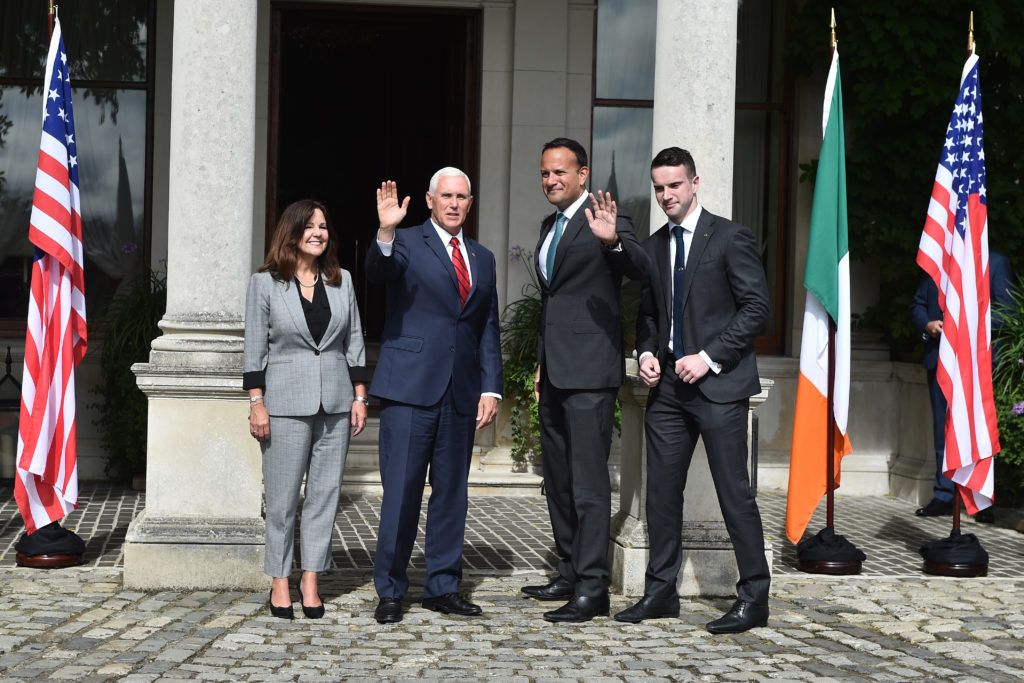 The Vice President has seen a significant amount of criticism thrown his way in light of the decision, with some accusing him of lining the pockets of the President at the expense of the US taxpayer.

Democratic Rep. of California Ted Lieu tweeted: "Hey VP Mike Pence: You took an oath to the Constitution, not to Donald Trump. Funneling taxpayer money to POTUS by staying at this Trump resort is sooooooo corrupt."

Hey @VP @mike_pence: You took an oath to the Constitution, not to @realDonaldTrump. Funneling taxpayer money to @POTUS by staying at this Trump resort is sooooooo corrupt.

Also, I hope you don't encounter bedbugs. Many people say there are lots of bedbugs at Trump properties. https://t.co/KgJfnMRSgt

Others claimed it was disrespectful of him not to stay in Dublin, to show a certain level of commitment to his engagements, during what was quite a short visit.

Pence was staunch in his defence, though, adding that he had existing plans to visit Doonbeg as his grandmother was originally from there. He also mentioned that in his early 20s he used to work in a bar in the village.

During his stay, Pence was flown from Doonbeg on the west coast of the country, to Dublin on Air Force 2, for meetings with, among others, Taoiseach Leo Varadkar and President Michael D. Higgins.