Captain Tom Moore rose to prominence last year, when, as the UK was under its first nationwide lockdown to stop the spread of coronavirus, he began a sponsored walk around his garden to raise money for the NHS.

As the decorated army veteran's charity walk went viral, so did Captain Tom himself-- by the time he reached his goal of doing 100 laps of his garden in his walker, he had raised over £39 million pounds for the health service.

Captain Tom, who was 99 years old when he performed the incredible feat in his walker, was a World War II veteran and became something of symbol of hope for those struggling with lockdown, and for those hoping for an end to the pandemic. 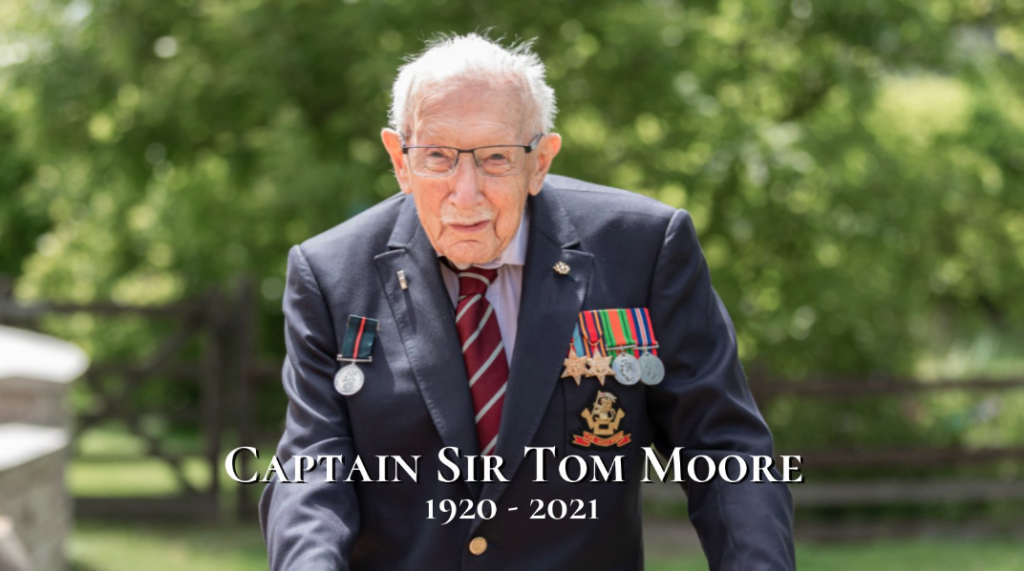 He was knighted by Queen Elizabeth over the summer for his continued service to the UK, and received hundreds of thousands of cards and gifts for his 100th birthday from well-wishers across the globe.

Sadly, Captain Sir Tom Moore passed away yesterday after a brief battle with pneumonia and Covid-19; his passing was confirmed by his devastated family yesterday evening.

In a statement, Cpt Tom's daughters Hannah Ingram-Moore, and Lucy Teixeira wrote that "the last year of our father's life was nothing short of remarkable. He was rejuvenated and experienced things he'd only ever dreamed of.

"Whilst he'd been in so many hearts for just a short time, he was an incredible father and grandfather and he will stay alive in our hearts forever."

Tributes to the 100-year-old war hero have been flooding in since the news of his death was announced, and Joe Biden's White House administration have offered their condolences in a touching tribute on Twitter.

A White House spokesperson wrote: "We join the United Kingdom and the world in honoring the memory of Captain Sir Tom Moore, who inspired millions through his life and his actions."

We join the United Kingdom and the world in honoring the memory of Captain Sir Tom Moore, who inspired millions through his life and his actions. https://t.co/b2zUsZkHo3

The account was responding to a tribute by the United States Embassy in London, who wrote that Captain Tom had "inspired millions of people across the UK & U.S. at one of the most difficult times we've ever faced.

"Your legacy will live on and continue to inspire. Our thoughts and prayers are with your family and friends."